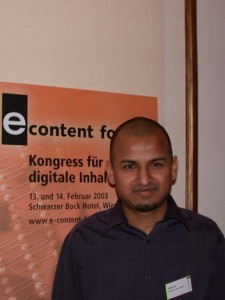 About a year ago, when this ultra-niche PR blog was still in its infancy, its author received an e-mail offer to test-drive a free state-of-the-art cell phone from one of the big four mobile service providers.

While flattered, I was a bit put off by the overture and its implication that I would eventually tout, as a quid pro quo, the phone’s pin-drop virtues. I also was surprised that my lowly blog ranking and distinctly unrelated editorial orientation would even merit inclusion on this enterprising PR person’s target “media” list.

Now I understood why journalists cite PR people’s misguided queries as their greatest source of annoyance.

Of course, the art of blog relations has evolved considerably since the days when the purveyors of Nick Denton’s Gawker group would totally diss any publicist using the usual tools, e.g., news releases, tip sheets, etc., to garner a mention in one of his sometimes snarky blogs.

Today, most of the big consumer tech blogs, e.g., engadget, gizmodo, techcrunch, encourage (and thrive on) thoughtful (i.e., relevant) story and product suggestions. Rafat Ali (pictured), founder of PaidContent, even spelled out the rules of the game for PR types in a recent posting.

Including blogs in the media relations mix is now the norm, I think. The Washington Post’s Kim Hart recently reported how PR firms are hiring “blog relations experts” to help their clients tap into the virality of this medium.

It’s not that any one blog has the lock on eyeballs, but through link relevancy and the Google juice it produces, online consumers (and mainstream journalists) can now more readily discover your client’s news. Also, let’s not forget about how Technorati searches can lead to the story. I would just say that transparency, familiarity with the blog’s essence, and willingness to “give and take” with the blogger will help gain that elusive foothold.