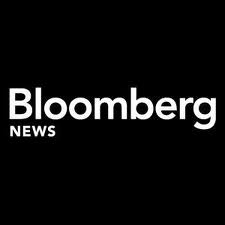 Oh the irony of ironies! Leave it to Gawker to re-open the Bloomberg spying debacle with new revelations on just what client information reporters had access to. Gawker’s Nitasha Tiku is giving Hamilton Nolan a run for his money in the “make-a-splash” department though it’s doubtful she’ll ever match his proclivity for profanity.

In her piece that posted this afternoon, she reveals that:

“Every Bloomberg subscriber has a bio page with the user’s photograph, employment status, and office telephone number. At the bottom of each page is a link called REPN, accessible to any of the 2,400 journalists Bloomberg employs worldwide.

REPN, which is also searchable by name, is like an internal data dump where Bloomberg journalists share intel on sources. That’s where reporters are encouraged to leave private cellphone and home phone numbers, email addresses, interests and hobbies, best time of day to call, whether the source is married or has a girlfriend or has recently separated, and details on how to get them to start talkingâ€”try to bring up his two daughters, hates the cost of private school tuitionâ€”all concerning highly-influential, market-moving bankers and politicians.”

Some years back, I was contacted by a reporter for another esteemed business news organization. The Wall Street Journal had learned that we (Burson-Marsteller) maintained an electronic database of reporters to which any of our colleagues had access and could add anecdotes such as “home phone numbers, email addresses, interests and hobbies, best time of day to call, etc.”

The Journal was aghast that a PR firm would have the audacity to do such a thing.

As it so happens, I grew up with the WSJ reporter who was assigned to write this story. In weighing whether to participate in her piece and grant her access to our media database, I had a vivid flashback to our youth. I remembered when she was a senior in high school, a close friend’s Mom caught her and my pal imbibing (and other things) in the basement of his home. All hell broke loose.

Hmmm. Should I add this juicy little tidbit to her profile and then let her surreptitiously stumble upon it? Ultimately, our firm passed on the opportunity to participate in the story, but the irony of the situation given Bloomberg’s current PR peccadillo certainly is not lost.