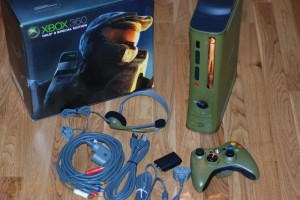 At a time when the U.S. was embroiled in another unpopular war, this 11-year-old was summoned along with his fellow summer campers to a giant bonfire presided over by “The Blue Mist,” the adopted name of the camp’s owner. We suspected something big was up, but didn’t realize how big.

Sure enough, the Blue Mist solemnly announced that summer’s historical pinnacle, its veritable denouement, “color war,” was to be renamed “color contest.” Furthermore, water guns were now officially banned from the grounds since “…water guns lead to real guns.”

Now, admittedly, this was a bit over the top. And who knew that the Blue Mist was a practicing pacifist at his core? Nonetheless, that fateful gathering was forever embedded in my mind.

Flash forward to today. I have steadfastly refused to allow my boys to succumb to the purient lure of video gaming. Sure, Madden and Tiger Woods are cool, and so is Nintendo Wii for that matter. I’ve even come to reject the notion that water guns lead to real guns. However, I do believe that video game violence does have some relationship with real-life violence.

My personal beliefs notwithstanding, I finally caved and purchased an XBox 360 Elite for my 15-year-old…some 40 years after that epochal campfire. I also bought two games: Madden and Halo 2. Guess which disc spins incessantly? You’re right, and I’m disgusted.

As we approach the hyperbolic debut of the next-gen of the impossibly popular Halo series, plans for its boffo marketing campaign have started to seep into the public (and competitor’s) domain. The goal of the campaign is to make Halo 3, as in 3-D, more tangible:

“Xbox’s Halo 3 is exiting the digital world, with a global campaign paradoxically aimed at making the world of the game tangible–as in 3D–with the conceit that the Halo wars really happened, or will have happened. Rather like Orson Wells’ famous ‘War of the Worlds’ theatre vÃ©ritÃ©, the campaign for Halo 3, a game depicting an apocalyptic battle between humans and invading aliens, attempts to treat the fictional characters of the game and its battles as future history.”

Call it what you will, Microsoft, but as I observe my son and his friends “compete” physically with one another and virtually against strangers, I’m convinced that:

The single overriding goal of this misnomer of a game is to KILL as many opponents as messily in as many environments as possible.

Teenaged boys can’t seem to get enough of it. It’s totally addictive, and in my opinion, totally unhealthful, if not sinister. Where have all the flowers gone?