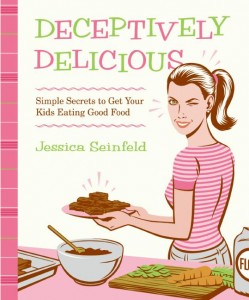 At first blush, it appeared that The New York Times was poised to pull an Alessandra Stanley/Katie Couric trashing of the former Jessica Sklar (aka Mrs. Jerry Seinfeld).

Today’s piece opened with a list of allegations that included plagiarism, a soleful bribe of Oprah, and entrapment that resulted in Ms. Sklar landing TV’s most successful funny man as husband shortly after the ink dried on her pre-nup with her first husband. The Times’s Allen Salkin snarkily writes:

“Together such factoids add up to an image of a woman people find easy to disparage.”

I thought to myself: why would the successful and seemingly grounded Mom of three — who donates her little free time to a charity she founded to help NY area children — agree to replay all this unfortunate innuendo in her hometown newspaper? Leave well enough alone many PR consiglieres might argue.

On the other hand, when falsehoods refuse to fade away, many PR types are quick to advise their clients to take definitive action to set the record straight. The big determination, of course, is which outlet (and which reporter) will give one’s beleaguered client the fairest (most sympatico) shake? ET? People? Barbara Walters? The New York Times?

In this case, Ms. Seinfeld’s handlers, whom we presume are reasonably PR savvy, chose the newspaper of record, The New York Times, to tell her side of the story. Ms. Seinfeld would “begrudgingly” avail herself to a rare interview and a subsequent email exchange. The result is a Times-like balanced piece in which the beginning enumerates all the “wrongs” allegedly committed by Ms. Seinfeld.

The second half of the story, most of which unfortunately appeared after the jump, captures Ms. Seinfeld’s heartfelt voice and quite plausible explanation of each sticky situation.

“Journalists get a lot of pleasure making me or someone in a situation like mine seem like god-awful people, and thatâ€™s always been the assumption about me,” Ms. Seinfeld said.

In the end, Ms Seinfeld did a genuinely fine job in making her case.

One problem: the allegations, which already were quickly fading from the public eye, are now firmly back on the radar of Times readers and beyond, many of whom had no cognizance of them in the first place.

Sure, having an intelligent and articulate newsmaker going toe-to-toe with a pre-disposed journalist is a wonderful PR asset. On the other hand, the 24/7 news cycle and an increasingly fickle (and forgetful) news consumer no longer necessitates the newsmaker’s deployment. Uncomfortable stories simply fade faster today than at any other time in history. (Gee, what was it that Britney did anyway?)

Secondly, and not insignificantly, Ms. Seinfled might have considered skipping Mr. Salkind and The Times (and the unpleasantless of this story). She could have published her point-of-view online and in multiple mediums direct to the media consumer, thus bypassing the media filter altogether. Just a thought.