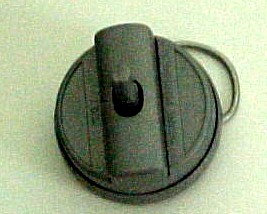 OK: The last panel of the day danced around the elusive concept of buzz marketing:

Here are some highlights:

Jeff Jarvis opens up with a rant against Pay per Post (whose promotional AO video showed “a Mom turning her kids into shills”). He next recounted his anti-Dell campaign that “mushroomed,” and how it led the company to finally take action (and a personal apology to Jeff from Michael Dell at Davos).

David Weinberger is “not convinced there is a right way to do it” [create buzz]…”quoting Doc Searls: there’s no market for messages…we don’t want to be buzzed…nor manipulated…with a good product and a good service, you’ll create buzz.”

Barry Reichereter says that P-N considers just five percent of the popultion as “net-fluencers” (sounds a lot like B-M’s and Leslie Gaines-Ross’s “e-fluencers” from Web 1.0). I think he also said that that boils down to “14,000 families.” Hmmm.

Barry says “there’s new measurements coming out…there’s no real industry data that’s available…we’re making it up as we go along.”

Rick: “There’s no great way to say here’s the ROI on conversation…

Dave: “Look at Diet Coke and Mentos. That was pure genius.. There is no established methodology to achieve what Coke acheieved. It’s the exception, not the rule.”

Rick: “Clients come to us saying they need a viral video, but 99.9% of the stuff out there is pure crap…”

Audience: “I love my Treo, but I’m switiching to the iPhone the second it comes out…”

Jeff: “That’s because Apple is the ultimate buzz company.”

Dave: “Go forth and be interesting. The most interesting people out there are your customers.”

Barry: “There’s naturally occurring buzz. Then there are clients who want you to manufacture buzz, which is possible.”

Gordon Gould: “You can manufacture buzz. Look at the nightclub industry. What about the cool pair of boardshorts.”

Dave: “Pay for Post is a corrosive influence. It makes the Internet worse…less trustworthy…not more trustworthy.”

Pay Per Post CEO in audience: Defended his company and revealed that disclosure is now required.

The conversation went on to talk about marketers polluting the new social environment in which we live. Dave Weinberger hoped that the channel would be free from this commercial assault. P-N and Edelman then began to distant their companies from some of the more blatant means of online marketing.

Post Panel Clarification from Barry: “A quick clarification on my statement today about netfluencers. I’m pretty sure I said we reach out to 14K families in our national (Styles) survey, which provides us with consumer trend information. From that group only 5% would qualify as netfluencers. As for manufacturing buzz, it’s more about creating an environment where buzz can occur more than being able to fabricate or manufacture it. Regarding measurement, the data available to track traditional advertising and sales promotions (e.g. coupons) effectiveness have been around for some time, but making that kind of connection from social media or buzz to sales ROI is still in its infancy. Thanks for writing about this.”