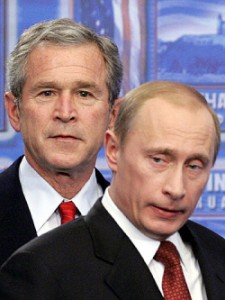 If you think American journalists are under government siege, their plight pales in comparison to the way Russia deals with its investigative scribes (or any other malcontent).

They just murder them, or so it appears, based on today’s news emanating from that increasingly despotic regime.

AP Moscow reported moments ago that Ivan Safronov, the military affairs writer for Kommersant, died Friday after falling from a fifth-story window in the stairwell of his apartment building in Moscow, officials said.

“Safronov, who had served as a colonel in the Russian Space Forces before joining Kommersant in 1997, frequently angered the authorities with his critical reporting.”

The Committee to Protect Journalists, which tracks such things , reported in January that:

“…13 Russian journalists have been murdered in contract-style killings since 2006, making Russia the third-deadliest country for journalists after Iraq and Algeria in the past 15 years.”

The threat of jail time certainly sounds preferable to death. Ironically, the changed news industry itself — with its 24/7 news feed and ever-shorter consumer attention spans — works in favor of those wishing to put evil deeds behind them. A story breaks, and before long it fades into consumers’ collective rear view mirrors.

Even more ironical is that today’s much-maligned breed of journalist, e.g., the citizen variety, may in fact serve as the savior for redemptive action. Bloggers often give fading stories the “legs” required to force legislative, regulatory or corporate action.