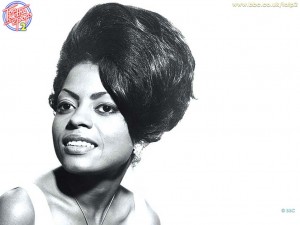 Few can argue that the new film “Dreamgirls,” based on the Broadway show, based on the definitive diva, has had some of the best WOM leading up to last week’s opening.

Hey, any film with a cast that includes Beyonce, B–>A lister Eddie Murphy and Oscar-winner Jamie Foxx, would have to struggle not to find its media mojo. And it wasn’t even JayZ’s girl who got the biggest boost.

Al Abrams, the veteran Motown publicist who is credited for building the tale of the supreme dream team, has a new book due in January containing all the original press releases that fueled the dreamgirls dynasty.

In spite of the caustic BL’s dismissive comments about the news release and her even more demeaning comments about “useless” PR people, “Waking the Dreamgirls: The Complete Motown Press Releases, 1964-1966,” speaks volumes about the much-maligned news delivery tool on which PR pros have consistently relied to build brands and make noise, if not legends.

“Typed and crudely mimeographed, they are presented un-retouched, with typos, sometimes strange syntax and even bad puns. If the news was truly breaking, the press releases went out as ‘Deliver, do not phone’ Western Union telegrams.'”

“Barbara Holliday, a veteran Detroit Free Press reporter, once wrote of Abrams’ press releases, ‘This is the rhetoric of Al Abrams â€¦ the baroque but amazingly effective approach (through which) Abrams has the knack for making the unlikely possible.’

Sure posting a digital video clip on YouTube or tagging, digging or making content del.icio.us is cool (and important) too, but little will ever replace a skilled PR pro’s cogent and convincing command of the English language for advancing a client’s interest. If it happens to manifest in a news release, so be it.