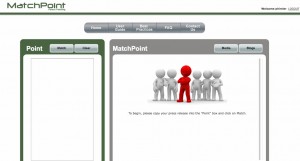 I’ve been in the PR game for a while, and as long as I can remember, clients have judged and compensated PR pros based on their ability to build a positive presence in the media. This client-agency paradigm hasn’t changed much over the years, though the means for building that presence, and the nature of the media itself, certainly have.

Even with the changes, courting journalists (and today’s conversation catalysts) continues to endure as a core competency for a broad swath of the profession. The channels of engagement, e.g., Twitter, Facebook, Friendfeed, Blogger, E-mail, SMS and yes, USPS, matter less than the message itself and to whom that message is directed or shared.

It’s the latter process that has tainted the reputation of many a PR professional — something accelerated by the advent of electronic communication. Journalists increasingly decry the superfluous PR spam that floods their inboxes, while cursing those who blast it. Now I hear that one news release distribution company has enabled PR pros to (mass?)-disseminate incorporate their “news” and Twitter credentials in their news releases. See comments below. to the Twitter handles of micro-blogging journalists. Tread on this Twitter tack lightly, please.

But I digress. The process of identifying just the right journalist hasn’t changed in decades. New York publicists once relied on the New York Publicity Outlet book, while left-coasters had their California Publicity Outlets. These books published the names, titles and contact information for virtually every journalists in their regions – at a time when that was possible. Eventually this relatively vague data migrated to CDs, proprietary agency databases, and the Web where it currently resides via companies like Cision (formerly Bacons), Vocus and others.

What if a PR pro could build his or her media list based on journalists’ actual editorial interests and history, not their job titles? A few years ago, this would not have been possible. Today it is.

Over the last year, I have been involved in the development of the first search application that allows PR pros to find journalists based on their cumulative body of work. MatchPoint allows the PR pro to enter a news release, pitch letter or keywords into a search box to produce a weighted ranking of the most relevant journalists (and their contact info). The journalists’ names are culled from a proprietary content database of three million articles from 11,000 print publications, 25,000 websites and 10,000 bloggers.

MatchPoint 1.0 debuts today with a ten-day free trial. A release is here. Take it for a test spin, and let me know what you think. Will it replace the media database companies? No. In fact, the patent-pending search application plays nicely with them. Does it portend the end of PR spam? Probably not. That’s up to the user. But it’s certainly a welcome step in the right direction.