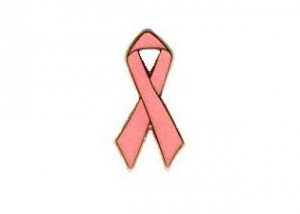 If not the most critical, PR Watch is certainly one of the more toxic anti-PR organizations in existence today. Its parent, the Center for Media and Democracy, likely named by those who coined the phrase “Intelligent Design,” takes special delight in exposing the dark side of our profession.

Yes, everyone, there are some who still hold to the belief that “ethical PR” is an oxymoron. I am not one of them. The staffers at PR Watch, straight from the right wing bastion of America — Madison, Wisconsin — happen to be. If the initials P.R. are mentioned, they invariably smell evil.

In their latest affront to the profession, and as if the world needed another set of awards, the clever folks in Madison created something called The Falsies “…to counter 2005’s flack attacks with the Center’s first ever Win Against Spin Awards.”

Guess what? Some of the ethical lapses they cite actually deserve the notoriety PR Watch’s readers have bestowed upon them. The instances are troubling to many of us who have worked long and hard to elevate the practice of PR. I say some because I’m not one to dismiss the entire VNR industry as a result of Karen Ryan-like deceptions by the current administration, nor do I believe the pink ribbons that symbolize breast cancer awareness merit their new dubious distinction. Jack Abramoff, Armstrong Williams, and even the PR-fueled “bi-partisan” gathering in Washington this week, certainly do.

In fact, many of us have agreed with PR Watch in publicly castigating the payola that has pervaded (and polluted) the PR profession (at least how it’s practiced in the Beltway). We certainly recognize that greater strides need to be made on the disclosure front from many corporations. However, we also have commended companies that have embraced corporate social responsibility, and honored those PR professionals who are driving the movement.

Still, if PR Watch wants to borrow the age-old PR tactic of creating a fun-sounding award to generate publicity for itself, we’re flattered. Now if only it would turn its watchdogs on the growing PR sophistication of many NGOs and advocacy organizations — on all sides of the political spectrum — it might just distinguish itself from the anarchists in Seattle.