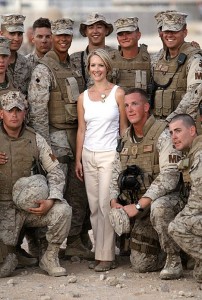 This blog has frequently looked at the succession of White House spokespersons over its three+ year run. A persistent theme centered on how the public faces of this administration — Fleischer, McClellan, Snow and Perino — have sold their souls to blindly advance the political POVs of their bosses.

Most people today acknowledge that these ill-conceived (PR-driven?) policies have created the debacle in which the nation now finds itself – both here and abroad.

While one former Bush spokesperson had a “come to Jesus” moment in which he publicly atoned for his sins, and another sadly passed away before being able to do so, the remaining two — Mr. Fleischer and Ms. Perino — have steadfastly defended this disastrous presidency.

Loyalty is one thing, but when loyalty comes at the expense of the greater good, we must question the ethical underpinnings of those stubborn sound-bited soldiers. Today the Wash Post’s Howard Kurtz took a spin with Ms. Perino in her “final days” as White House press secretary. Here are a few notable quotables:

“I absolutely feel comfortable with what I said.”

“We took it from all sides, and it was difficult,” Perino says. “When you’re that close to your boss, it’s hard sometimes not to take it personally.”

“I’ll give you eight months” [before the media honeymoon ends, she told Rahm Emanual ].

“There’s no doubt that when you’re more popular, your press is better.”

[On MSM bloggers], “it’s snappy, sarcastic. It doesn’t necessarily engender trust between the reporter and the press people.” And she sees the growth in “analysis” pieces as an excuse for some reporters to vent “what their feelings are about an issue.”

It’s a shame that Ms. Perino will not see this post:

“I stopped reading blogs about me and told my mom to stop, because it was so vitriolic,” she says.

I would say that America is ready for Robert Gibbs.