I’m not surprised that The Guardian is the news organization trumpeting Greenpeace’s move to create an “investigative journalism” unit within the NGO’s ranks. After all, wasn’t it The Guardian that anointed political activist Glenn Greenwald as an investigative reporter, only to see that erudite agent provocateur up and quit — once his employer published the Edward Snowden revelations? 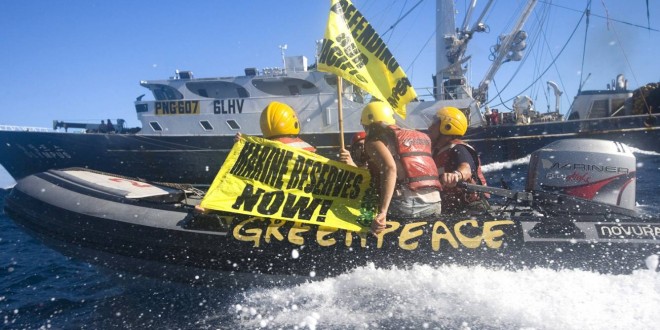 As journalism undergoes wrenching changes wherein many traditional news orgs’ can no longer sustain the salaries of their more seasoned reporters and editors, other entities have quickly filled the void. I’ve written often about how marketing and issues-savvy companies have created and syndicated prodigious amounts of content, in effect serving as “media” companies.

I’ve also observed how NGOs are among the most audacious in their ability to create eye-opening events that generate impressive amounts of news coverage. Think PETA and Greenpeace. This latest move by Greenpeace to hire established journalists to research and report, through the lens of their own interests, is simply a natural extension of this new media paradigm.

“It shows our intent about how serious we are taking it. We’ve put some of our best people on it and we will give it all of the resources that are needed to make it work.”

The team have [sic] been told funding is available to take on big stories.

“What we can do with investigations is change the dynamic around an issue,” he added. “It’s increasingly important in a world that is full of greenwash and empty promises but not much delivery on the ground.”

“We believe in the public’s right to know about what’s happening to our planet. Our investigations expose environmental crimes and the people, companies and governments that need to be held responsible.”

Many media watchers are convinced that a myriad (subjective) voices enhance the media ecosystem and society as a whole. I’m not one of them. Truth be told, those with deeper pockets will have bigger voices, while the veracity of what’s “reported” will be more muddled than ever before.

Here are video chats I had with The Guardian’s now-retired editor Alan Rusbridger and MediaShift executive editor Mark Glaser that touch on some of these issues.

I’m a big believer in quality journalism, and perhaps I’m being jaded in questioning whether Greenpeace or Wal-Mart or any government will adhere to the tenets that have long-defined this once noble profession.

Even so, when The New York Times, The AP or The Guardian for that matter breaks a big political scandal, and the story dissipates a day later, overwhelmed by the constant firehose of “news” from countless other less noble, more pervasive sources, it saddens me.

The days of checking truth to power may be numbered.