Some 40,000 tech geeks descended upon Dublin this week to attend, speak at, report on, sell and/or demo their wares at one of the biggest and most condensed web events in a sea of such events globally.

Now in its 5th year, the sold-out “Web Summit” is not without a fair share of intrigue, including the fact that its founder decided to move the event from his hometown of Dublin to Lisbon next year — something about spotty wi-fi, traffic and the limited size of the venue. 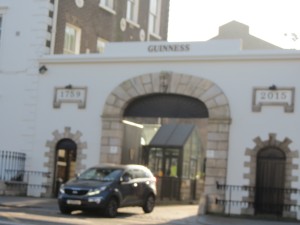 It was my first trip to the Web Summit (and to Dublin, for that matter), after having attended a few SXSW conferences. I wore several hats including reporter, PR firm chief, start-up mentor, and speaker/moderator. I had a chance to grab a few videos, including one with Paddy Cosgrave, the event’s tall, fair-skinned and passionate founder.

I asked him about the Summit’s impending move to Lisbon and his plans to establish different branded events in other global markets, including New Orleans come April. Here’s the clip:

I’ll be posting several more video interviews and general observations over the next few days.