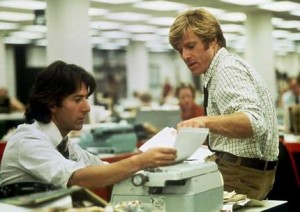 John Batelle may not agree, but Danny Sullivan certainly will remember: Google once had a competitor in search.

Cambridge, MA-based search engine Northern Light, a client back in the day, happened to produce more relevant results than the fledgling Google (though admittedly not as fast).

We were so confident in the engine’s abilities that we prodded our client to mount a Pepsi Challenge on the burgeoning boys from Mountain View. What’s more, Northern Light included in its database digitized content that it indexed from traditional publications and journals, which it sold at a small premium.

I loved this client, not only for its ability to ferret out surprisingly relevant nuggets of information, but for its staff of trained library scientists who knew a thing or two about tooling with taxonomies. Periodically, those research librarians would curate the NL database to produce a special section containing the most insightful links about a given topic, e.g., the Olympics, the environment, best millennium sites.

In the last week or so, we could have used these curious curators. Two astute media watchers Jeff Jarvis and David Folkenflik took a deep breath to assess (or rather lament) the quality of the news coverage of the political and economic maelstrom now enveloping the country. Their meme: the tableau on which today’s journalists work is simply inadequate to capture and explain these complex and fast-moving events. From Jarvis:

It’s not an article, a story, a section, a bureau, a paper, a show. We have to use the new tools we have at hand to create new structures for covering news and informing each other. As I said in the post below, old structures are crumbling and new structures will be built in their place. We need to create that something new now.

What do we call it? I donâ€™t know. The topic table. The beat bliki (ouch). The news brain. Weâ€™ll know what to call it when we see it.

From his description, it sounds more like a living, breathing news organism that demands constant curation. From Folkenflik:

“The breakneck pace of developments means a lot of news worth knowing receives the briefest burst of attention before being dropped for something hotter.

Many journalists say they are scrambling just to keep the headlines coming â€” and are chasing after the explanations, too. For now, the news appears to be outracing both.”

Northern Light never fulfilled its great expectations (not as catchy a name as Google, I suppose), but I’m convinced those librarians were prescient in their efforts to aggregate, enlighten and inform.