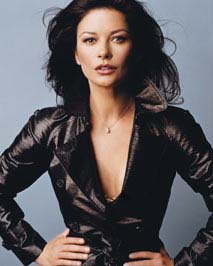 I was most interested to see her take on Catherine Zeta-Jones and specifically Mrs. DOuglas’s publicist’s refusal of Glamour’s invitation for an interview and photo shoot. Undaunted, Ms. Fuller ran with a year-old cover photo anyway:

“…the concept of only running a cover of a celebrity who fully cooperates is truly quaint,” she said. “…neither Star nor Us Weekly nor any of the other celebrity newsweeklies makes it a practice.”

Could it be that the command-and-control methods of Hollywood publicists are waning? In a separate interview about the book, the reporter opines on how Ms. Fuller uses PR to advance her own celebrity:

“In creating that buzz, Ms. Fuller developed a reputation for shrewdness in using public relations to her own advantage, even if it sometimes meant using p.r. to a fault. It has meant, too, establishing a caste system among publications through decisions about whom to favor with interviews and in what time frame. That characteristic may not exactly endear Ms. Fuller to her colleagues in the press, many of whom lament over being needlessly manipulated. Still, there’s been no shortfall in publicity for Ms. Fuller, and her new book is likely to fetch more of it.”

The book party’s tomorrow night, and let’s keep an eye on the network morning and early fringe syndicated entertainment shows. I wonder which in those respective groups merited exclusives based on Ms. Fuller’s caste system?