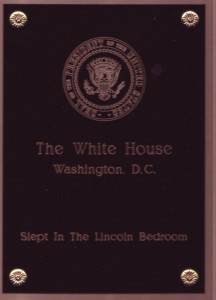 Lest we wonder what goes on behind-the-scenes in the war to win the hearts and minds of the Iraqi public, a lengthy first-hand account arrives today, via AlterNet, from an Oxford-educated aspiring journalist hired as an intern in Iraq by the Lincoln Group.

You may remember the Lincoln Group as the DC-based firm that came under fire for implementing this administration’s brand of pay-for-play “media relations” strategy in that Civil War-torn country. The then-resonant story has since faded into the media and public’s rear view mirror, but the practice undoubtedly still continues. Here are a couple of excerpts from “I Was a PR Intern in Iraq:”

“Jon quickly sketched out my new I.O. [Information Operations] responsibilities. An Army team inside the Al Faw palace, another of Saddam’s former residences, would send me news articles they had cobbled together from wire stories and their own reports from the field. It was my job to select the ones that seemed most like Iraqis had written them. I was then to pass these articles along to our Iraqi employees, who would translate the pieces into Arabic and place them in local newspapers. Jon told me that the U.S. Army could hardly carry out this work in their military uniforms, so they hired Lincoln Group, which could operate with far fewer restrictions. It was a bread-and-butter contract, he said, that paid the company about $5 million annually. I asked if the newspapers knew that Lincoln Group or the U.S. military were behind these articles. They did and they didn’t, Jon said. The Iraqis working for us posed as freelance journalists, but they also paid editors at the papers to publish the stories — part of the cost Lincoln Group billed back to the military. ‘Look,’ Jon assured me, ‘it’s very straightforward. You just have to keep the military happy.'”

“Gina then had the idea of placing a Lincoln Group team permanently in a U.S. base near Ramadi or Fallujah, where they would operate one half of a satellite uplink system that would send footage or sound recordings to Baghdad. At the other end, Iraqis working in the company’s Green Zone villa would receive the footage and splice it into whatever form was required. Breaking news, the thinking went, could then be rushed to a TV station and aired immediately.

To explore this option, Ahmed and I visited a number of upstart production companies in their heavily guarded compounds. We found one company that would produce one of our half-minute TV spots for as little as $10,000. At Iraq’s national station, Al Iraqiya, located within Baghdad’s old Jewish ghetto, an English-speaking commercial director said he could air the spot during the station’s nightly news, the most expensive time, for only $2,000. Production and distribution together, then, would cost us around $12,000. The amount Lincoln Group was charging the military for developing, producing, and airing each commercial had already been determined: just over $1 million.”

The whole article is well-written and a worthy read. I must admit that the rules of media engagement vary from country to country, but the practice of overtly purchasing news coverage goes counter to my PR sensibilities. Hopefully, it will re-raise a few eyebrows.