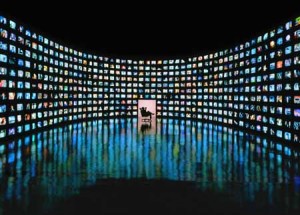 In a recent phone conversation, I strongly urged the proprietor of the new, fast-growing Twitter feed @themediaisdying to change its name.

In my opinion, the name was simply inaccurate. Themediaisexpanding, changing, convulsing are probably more apt descriptions of what’s happening in the media ecosystem.

The youthful purveyor of this new service, which sporadically spits out 140-character tweets on journalists’ comings and goings (mostly goings), explained in a direct message to me:

“We tested it out and everyone seems to be ok with it – it’s more statement than fact – I can’t believe the uptake – crazy. Hope u r well.”

Sure, dead tree media has slashed jobs at alarming rates, and in fact, one business reporter in Des Moines tweeted her plans to stop following the funereal feed:

“@sbzdega Just unfollowed The Media is Dying got tired of the job loss postings in my industry.”

Yet, in spite of the sobering newstweets on which the feed thrives, the growth of citizen journalism and social media, cable TV, and mainstream media’s migration to the Web (and mobile), seems to support the notion that the media is anything but “dying.” Morphing, for sure, expanding, no doubt, but not dying.

David Carr, in his New York Times “Media Equation” column today, even extolled the value of one of the “dying” news outlets on which @themediaisdying hopes to build its franchise. From the editor of the Chicago Tribune:

â€œThis was an extraordinary week for The Chicago Tribune,â€ he said. â€œOn Monday, the company filed for bankruptcy protection, and on Tuesday, this huge story broke. There are two messages there. One, that the business model has to be reinvented and two, the importance of doing public service reporting. In the future, we will be doing fewer things and doing them better, and this kind of reporting will be a pillar of what we continue to do.â€

“Since then, the stream, maintained at twitter.com/themediaisdying by its founder and seven volunteers from the industry, has garnered more than 3,000 subscribers.”

Susan Mernit scratched her head at the “gooey” attention The Times gave this fledgling feed, pointing to more prolific Twitterers with far more followers who as yet remain unheralded:

“Why not write about Chris Brogan, who, with 26,250 followers, seems to be turning into the Jimmy Stewart of the interwebs? Or the super clever Merlin Mann, with 32,000? Or the appealing Veronica Belmont (38,000)?

Of course, none of them are focusing on the crash and burn of the media industry, which @themediaisdying covers extremely well. But the size of their audience ain’t the news, honey, not in this world.”

If you do wish to follow the machinations of the media industry, here are some additional resources that should sate your appetite: