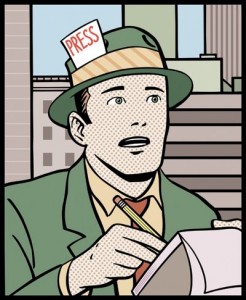 As PR types continue their obsession with the format and purpose of the modern-day news release, this resilient vehicle for allegedly breaking news continues to flourish in most industry circles. A quick scan of any 30-minute weekday block on Business Wire or PR Newswire will dispel any notion that the press release is dead.

Even so, I would venture to guess that 99% of the news releases issued on any given day fall on deaf ears. The vast majority of mainstream journalists and none of the citizen variety view them as catalysts, let alone primary sources for their coverage. There are some, however, that actually live up to the “news” in the term news release. Didn’t Microsoft announce its intention to purchase Yahoo! via a news release?

Many argue that the typical news release format and paucity of usable “assets” prevent it from gaining editorial traction. Hence, the social media news release was born as a re-formatted headline-driven vehicle with links to images, video, pertinent articles, etc., and sufficient keyword density to capture both the journalist’s and search engine spider’s attentions.

On the other side of the “what ails the news release” argument lie the purists who believe that a news release’s ineffectiveness results from a lack of compelling content. They contend that most releases get the headline and leads wrong, are poorly written, and simply do not contain what any journeyman journalist would consider actual news.

I was thus struck by the issuance this week, and pick up today by a most influential news organization, of one news release about the Tribune Company’s hiring of a new head of interactive services. Rather than deploying a social media news release, as one would expect from this 2.0-flavored announcement, the purveyors chose the latter route — to completely contort the content to capture attentions.

Guess what? It worked. PaidContent‘s David Kaplan, who’s previously toiled in the PR space, took notice and published the news with a link to The Tribune’s most irreverent (and mostly fictional) release.

“The press release was meant as a demonstration that weâ€™re doing things very differently at the â€˜newâ€™ Tribune,â€ said Gary Weitman, a Tribune spokesman.

Good idea? Here’s the headline and lead. You decide.

CHICAGO Apr. 7, 2008 — Another freaking Clear Channel Communications executive on the payroll and this oneâ€™s been named President of Tribune Interactive….