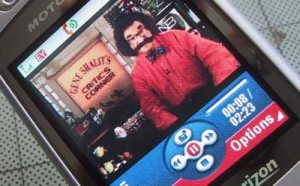 Communications pros are often charged with getting company news into the public domain, or keeping it out as the case may be. The news release (or press release for the print-centric among us) has long served as the workhorse for message “command and control.” It thrives today in spite of the changes wrought by the citizen journalism movement and other digital developments.

In the dot-com days when the myriad VC-soaked start-ups bursted with so much supposed “news,” I remember one dot-com executive excitedly boasting to me that his company’s news release was actually picked up and used…by PR Newswire! Geesh.

Today the tools and tactics we have for reaching end audiences have evolved considerably:

— During its lawsuit spurred by the defection of a senior Microsoft executive to Google in China, Google’s lawyers openly blogged about the case in Mandarin. Following the suit’s settlement, the company’s assistant general counsel used a blog to frame the incident. Her words quickly wafted onto the pages of the mainstream media.

— Last week, when Apple’s market cap surpassed Dell’s for the first time, Apple chief Steve Jobs sent out an e-mail to employees marking the auspicious milestone. The news was especially sweet given Michael Dell’s past comments that the company should consider being dissolved. Of course Mr. Jobs’s e-mail didn’t stay internal for very long, nor was it ever intended to.

— Finally, the news release itself is “smarter” today than yesterday. It’s no longer enough to simply post the release on a corporate website and distribute via paid wire service. News releases today must be a optimized with RSS and digital tags to ensure wider syndication and consumption by journalists and individuals “intent” on capturing news of an industry or company, in real time.

It seems like eons ago when e-mail finally became the preferred means for bridging newsmakers and the media channels consumed by one’s target audience. Today, pushing news through intermediaries seems so myopic when one considers the range of options available to the PR practitioner today, e.g., a raw news release, VNR or podcast sent directly to the end user’s PDA, cell phone or MP3 player?

If you have a compelling and successful example of how the advent of “social media tools” and other means have transformed the stalwart PR discipline of controlling message dissemination, please share.