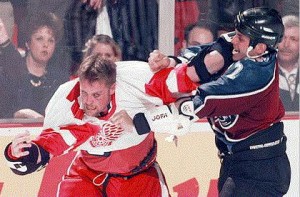 This blog has reported on the realignment of media (and media relations) in an age where so many blogs have a greater capacity to give a story legs than their mainstream counterparts.

Sure, Mossberg and Pogue in The Journal and Times (and on their own blogs) continue to exert considerable influence over the fate (and commercial prospects) of new gadgets. But consumer electronics PR pros would be foolish, if not derelict, to ignore TechCrunch, engadget and Gizmodo, plus a handful of others, when publicizing their wares.

For better or worse, the PR person has primary control over which journalists merit credentials and access to cover a product, service, personality or event. From my earliest days doing motion picture PR, we found ourselves fending off paparazzi who didn’t have specific mainstream media authorization to attend a client’s premiere, luncheon or photo-op.

It was always a struggle over whether to grant access to a small-circ hometown weekly or influential vertical trade whose presence we knew would irk the more established big city dailies or national newsweeklies. Yet, we were careful not to disrespect those perfectly legitimate outlets. Today, that selection process is much more nuanced with the proliferation of media for every interest imaginable.

Again, it’s the PR person’s prerogative over which news organizations get the nod. Take the NHL PR department, which is smack in the middle of managing media for the Stanley Cup finals. Guess which outlet requested…and was denied media credentials? Wrong, wrong, wrong.

Al Jazeera, which so wishes to gain media legitimacy in this part of the world, was denied press credentials. It wasn’t that the TV network didn’t have a sizeable audience, nor was it that its brand of news appealed mainly to the modern jihadist. According to AOL Sports’ Fanhouse blog, the answer is pretty simple:

“Despite its best efforts at breaking into the American cable and satellite marketplace, Al Jazeera has found no takers for its product here in the U.S. So when it applies for credentials to cover the Stanley Cup Finals, what it’s really doing is trying its level best to prove to American audiences that it’s more than the official satellite network of global jihad — an impression that’s going to be tough to shake no matter what others might think about its role in the world.”