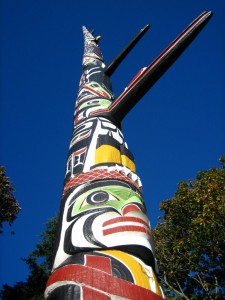 No score and seven years ago, the world was awash in dot-com mania. It was the last quarter of 1999 and the PR biz boomed. Web 1.0 exuberance showed no signs of irrationality. Traditional media continued to set the national news agenda. Online news sites factored little. Blogs were nowhere, and other social media had yet to register, except perhaps for a fledgling little operation called eBay.

Out of the boiling cauldron of hype and hope emerged a slew of new media brands on whose (paper) pages an appearance signaled a client’s arrival of sorts. A feature story or even a small mention created legitimacy — or so many of us believed.

The era birthed such media kingmakers as The Industry Standard, Red Herring, Wired, Fast Company and Business 2.0, nearly all of which thrive today albeit in different formats. The non-survivor, John Battelle’s Industry Standard, ruled the roost. At its peak, the sheer girth of that magazine gave anything Conde Nast or Time Inc. could muster up in September a run for its money. You see, the VC-fueled naifs perched atop the dot-coms resorted to advertising when their PR firms couldn’t command the attention of The Standard’s harried (and haughty) edit staff. Then came the bust.

Today we find ourselves in the midst of yet another realignment of media and a new pecking order for media relations pros. Sure, a feature in The New York Times, Wall Street Journal, USA Today, Time, Fortune or Business Week still commands considerable attention (though some say less so). And few will argue a diminishing of influence by the AP or Reuters — both of which have sufficiently morphed to a point where their content enjoys the dominant digital footprint.

“According to the survey, nearly three-in-four consumers (73.6%) rely on their local TV news while nearly 70 percent (68.9%) depend on their local newspaper, and this heavy reliance cuts across all generations. As for new media, just 13.4 percent of the general public use blogs while only 4.8 percent use podcasts and 4.5 percent get media via their cell phone. However, usage of new media varies significantly by age.”

Nonetheless, as someone who’s toiling in this new media reality, I’m finding that certain “outlets,” which didn’t exist five years ago, have supplanted many of the aforementioned in terms of PR desire. Forward-thinking pros view these new “influencer” outlets with the same envy as The Standard (bearer) before them. They have names like TechCrunch, engadget, PaidContent, micropersuasion, perezhilton, TMZ, Blog Maverick, TV Newser, Scobleizer, TechDirt, Huffington Post, Gawker, the Moderate Voice, Daily Kos, Buzz Machine, and way too many others to list here.

Some of our PR brethren have placed these nouveau niche, conversation catalyzers even higher on the media-targeting totem pole than their still-influential mainstream forebearers. (Was it something Scoble said?) Furthermore, these outlets’ newly acquired authority has not been lost on their Citizen Kane-like creators. Jarvis recounts today a feud that erupted among some of these A-listers following one’s brazen take-down of the old guard followed by a dissing of some of his new guard colleagues.

So we arrive at the point of this post: should pros kick-off their public relations/marketing communications campaigns in the blogosphere with the hope that the medium’s viral nature will create a tipping point of awareness, and mainstream pick-up? Or should pros acquiesce to the increasingly common demand by many top-tier mainstream journos for exclusivity, with the hope that the news will trickle down to reverberate in the blogosphere’s link-driven echo chamber?

Up or down? Two compelling considerations. No easy answer. As Amy Gharan relates, by the time many MSM outlets are ready to go to press with their “scoop,” the blogosphere may already be buzzing with the news. Gee, I wonder if it’s disingenuous to offer a MSM outlet the “exclusive” when you know that some bloggers already are on the case? Is there such thing as a mainstream media exclusive?

Personally, I don’t think the two realms should be treated as mutually exclusive. They both need to be worked, honestly, earnestly and transparently. They feed into each other. Sure, the blogosphere allows much greater specificity in terms of finding and engaging the exact right constituent. Still, there’s no guarantee that one’s carefully planted blogseeds will ever bare fruit in the MSM. Hence, both ends of the media relations equation remain vital and ripe…for now.