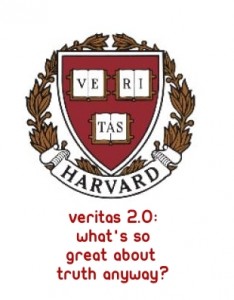 The May 1 issue of Harvard Management Update featured an article titled “Why PR Matters — And What It Can Do For You.” It was written by Kevin Sullivan, a former journalist who heads marketing for a national law firm based in Atlanta. Mr. Sullivan does an admirable job in describing the tenets and power of public relations to drive business, employee recruitment and company morale.

One problem: the piece and its accompanying podcast could have been published in 1970.

“…public relations, or media relations, as many people prefer to call it, is truly one of the most cost-effective ways to market a company, product or service…”

Mr. Sullivan recounted his PR work for a software company:

“…first we contacted trade the media…we sent them simplified media kits, which told the story about our company…we made it clear that we had experts…and third we contributed articles to trade publications…”

“The PR fed upon itself…with each successful story placement, it made it that much easier to get the next one…”

Talking about PR’s payoff at his law firm:

“In the past, the firm counted media hits…in the dozens. In 2006, we had more than 700 media hits. Those 700 hits reach an audience of about 170 million people. Now if we had to buy that same amount of media attention through advertising, it would have cost us nearly $3 million dollars…however, some PR professionals argue that the real value of that so-called free-earned media, should be multiplied…now using a conservative multiplier of three, you could argue that our PR effort was really worth about $9 million to the firm… “

Back in the early 90’s, I represented a big consumer technology firm whose PR Director took me aside one day to solicit my predictions on the prospects, by media outlet, for a particular story in terms of “likely,” “fair,” or “unlikely.” I asked him why, and he told me that his bonus was based on whether his publicity projections bore fruit.

Now, don’t misunderstand me. I’m not casting aspersions on a PR discipline that has been very good to me over the years. In fact, this blogger continues to assert that the tenets of traditional PR remain valid, valued, and quite lucrative. There’s nothing quite like a little mainstream media coverage to assuage one’s client, and even move the needle.

Yet, the fact that the sea change in our industry didn’t surface in this discussion of PR, except perhaps for the manner in which it played out on my desktop, makes me believe that a digital divide does exist in our profession. I’m just not sure whether it’s geographical, by industry, or simply a matter of the curious versus incurious.

At a recent teleseminar on social media, one of the industry’s most digitally astute professionals confided that, in spite of his agency’s growing reputation for online savvy, it still reaps the overwhelming majority of its income from traditional PR work, e.g., generating mainstream publicity for its clients. In other words, compadres, don’t neglect your database of journalists…just yet.