“Just before noon today, about 20 lawmakers and public figures were tweeting about the economic benefits of the DREAM Act, which offers some young undocumented immigrants the possibility of citizenship. The spate of #DREAMeconomy tweets â€” organized by the Center for American Progress to promote their study out this morning â€” were a notable example of what is fast becoming the new press release for a media and political class that lives on Twitter.”

The study found that The Dream Act actually helps the economy and creates jobs. The “influencers” that promoted it on Twitter included:

While CAP didn’t issue and pay for a press release (that I could find), the organization did produce original and newsworthy content around the study results, including some decent infographics.

But will Twitter completely displace the paid wire release or direct-to-journalist email distribution route? Maybe so, if news purveyors provide sufficiently compelling and easily shareable content to the right set of influencers. This approach is even more powerful if those influencers have a stake in seeing the news propagate online.

In the nascent days of blogging, I remember raising ethical considerations when several of the early and more popular PR bloggers used their new-found media clout to advance the interests of their clients. Were they hacks or flacks? I wondered.  Pretty soon, tacit rules were established that demanded full disclosure when blogging about paying clients.

The advent of Twitter, and its 140-character limit, pretty much kabashed the requirement/ability to identify whether one was tweeting about a client or just something that genuinely interested him or her.  In fact, I’ve observed several agencies whose hiring practices clearly have given considerable weight to one’s social media influence, i.e.,  the megaphone for agency clients and the agency itself.

Over the weekend TechCrunch’s Drew Olanoff create quite the fire-meme with his piece “Klout Would Like Potential Employers To Consider Your Score Before Hiring You. And Thatâ€™s Stupid.”

“Letâ€™s put it out there right now: I am personally not a fan of Klout, which ranks people based on their Internet interactions and engagement on services like Twitter, Facebook, and Google+. I have nothing against the company whatsoever, and this is a vertical that someone was going to get into sooner or later. However, I still feel like the whole concept is bunk.”

Drew’s rant was prompted by a tweet from Klout CEO Joe Fernandez singing the praises of SalesForce: “Love this Salesforce job posting looking for someone with a Klout score above 35.” The conversation actually was started by Piers Fawkes (PSFK) back at the end of August in which he asked, “Should You Hire Staff Based on Their Klout Score?”

“Arguably, a Klout score describes how engaged someone is in the wider conversation around culture. If you have a job in which youâ€™re tasked with created and disseminating culture, Klout could be used to judge your effectiveness â€” or at the very least rate your level of participation in this cultural discussion.”

He then went on to correlate an agency’s “Creativity” ranking and its Klout scores: 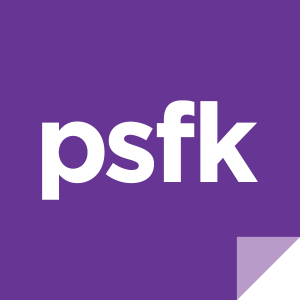 His piece is reminiscent of my “Big PR Agency Social Cred Scorecard” post from October 2010. Jeremiah Owyang seemed to accept the use of Klout in hiring, while Tom Foremski, writing for ZDNet, questioned the artificiality of Klout and its ever-changing ranking algorithm. Nonetheless, as someone who recognizes that all companies are media companies — and by extension, as are their employees — Foremski wrote:

“However, regardless of how its measured, it’s important for people that want to work in the world of influence to be active online, writing articles, active on Facebook, Twitter and LinkedIn.

I constantly see PR and marketing folk advising clients on social media strategies yet I rarely see them posting anything online, not even retweets, the easiest form of engagement. Surely, there’s a serious disconnect here.”