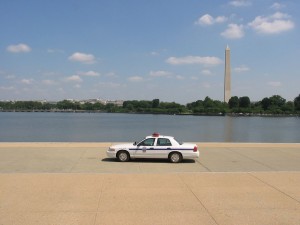 Throughout the day, my Twitter feed hums with insightful and sometimes inane news and views from a group of carefully parsed individuals who usually have something worthwhile to share.

My taste in tweets tends to the techno, media and marketing crowd, with the occasional politico, CEO, movie star and savvy aunt peppered in. (I’ve resisted the Twitter strategy to auto-follow all who follow me — mostly out of fear of the superfluous flowing across my desktop.)

By choosing to follow such a forward-thinking mix of tech, media and marketing pundits, I gain a decent grasp of where these increasingly intertwined professions are headed. Yet, there’s a downside: the loss of some perspective of how much the client-agency paradigm has NOT changed.

Today’s Washington Post has a piece about the retention of a PR/PA firm for bread and butter public relations — a piece that surprisingly didn’t rise to the level of scandal that so many others have of late. It seems the Washington DC District police have hired Glover Park Group to help smooth the lines of communication between its office and the public:

“Chuck Wexler, executive director of the Police Executive Research Forum, said once-tight-lipped police agencies, not wanting to scare the public with too much crime information, now understand the power of that information to connect them with residents. ‘There was a time in policing when you were really careful and reluctant to give too much information to the public. That’s really turned on its head,’ Wexler said.”

The details of Glover Park’s program remain unclear, but it appears that better, more transparent media relations ranks right up there:

[Police Chief] “Lanier said the department’s news strategy is too reactive, mostly sharing information in response to inquiries from the media and the public. ‘I don’t want the only face of [D.C. police] to be the chief announcing arrests. I want them to see the other officers. I want them to see everybody so they know what we’re doing and they see that we care.'”

The news was not totally without its naysayers:

“Although praising Lanier’s skills, D.C. Council member Phil Mendelson (D-At Large), who chairs the council oversight committee on police, said the partnership comes across to him as a spin effort. ‘And the best way to spin crime is to reduce it.'”

If that’s all the negative here, I’d say it’s a win given the public pounding PR peeps perennially take. Though I have to wonder if the temperate media reception is related to the fact that Glover Park is “volunteering” its services to the DC police department.