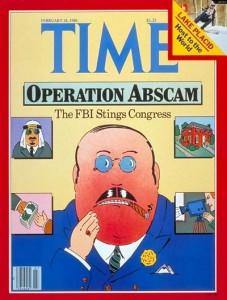 Dave Henderson of the Making News blog has a pretty good summation of the brouhaha over a Harper’s magazine reporter’s deception-turned-expose .

The reporter, posing as a client prospect, succeeded in luring some high-powered Beltway PR firms to take the new business bait for a most disreputable eastern European “Stalinist dictatorship.”

The Washington Post’s Howard Kurtz weighed in yesterday on the Abscam-like entrapment – from a journalistic perspective:

“NBC’s “Dateline” joins in stings against child predators, but by tagging along with law enforcement officials. The reason is that, no matter how good the story, lying to get it raises as many questions about journalists as their subjects.”

From the agency perspective, most will defend their decisions to represent controversial, even ethically challenged people, enterprises and institutions on the basis of the client’s legal right to have its voice heard: from the Saudi Government to ExxonMobil to Joey Buttafuoco.

Nevertheless, a firm’s client roster says something about the ethical underpinnings of the firm itself. Sure, the potential fees for deep-pocketed evil-doers can be most enticing. I just wonder about the moral (and morale) issues that accompany the selling of a firm’s soul. It matters little whether you give workers the option to opt out of servicing a controversial account. Again, a firm’s client roster defines the firm.

To make that point, take a look at the the WashPost profile of lefty PR man David Fenton whose firm only accepts clients in whose causes he firmly believes. He’s doing well by doing good. (And I bet he sleeps well at night.)