This last category is the subject of today’s post, which coincides with the Justice Department’s battle with Apple and others to sort out the upheaval in the Amazon-dominated publishing industry’s business model.

Below are some new and noteworthy tomes that attempt to make sense of the revolution that has rocked the PR, media and marketing worlds. My #2 son tells me that one can’t derive enough cerebral sustenance by simply reading blog posts and short form news articles. Even a cool iPad app like Long Form, while better, doesn’t offer the context needed to fully appreciate the subtleties that envelope the big issues of the day.

Here is a random sampling of some new and noteworthy books that may appeal to those plying the communications trades: 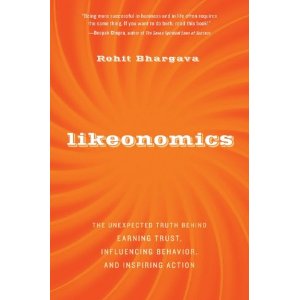 “People decide who to trust, what advice to heed, and which individuals to forge personal or transactional relationships with based on a simple metric of believability. Success, in turn, comes from understanding one basic principle: how to be more trusted. Likeonomics offers a new vision of a world beyond Facebook where personal relationships, likeability, brutal honesty, extreme simplicity, and basic humanity are behind everything from multi-million dollar mergers to record-breaking product sales. There is a real ROI to likeability, and exactly how big it is will amaze you.” 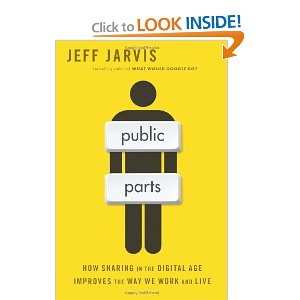 Public Parts: How Sharing in the Digital Age Improves the Way We Work and Live, by Jeff Jarvis.

“In this shibboleth-destroying book, Public Parts argues persuasively and personally that the internet and our new sense of publicness are, in fact, doing the opposite. Jarvis travels back in time to show the amazing parallels of fear and resistance that met the advent of other innovations such as the camera and the printing press. The internet, he argues, will change business, society, and life as profoundly as Gutenbergâ€™s invention, shifting power from old institutions to us all.  Based on extensive interviews, Public Parts introduces us to the men and women building a new industry based on sharing. Some of them have become household namesâ€”Facebookâ€™s Mark Zuckerberg, Googleâ€™s Eric Schmidt, and Twitterâ€™s Evan Williams.”

The Filter Bubble; What the Internet is Hiding From You, by Eli Pariser. 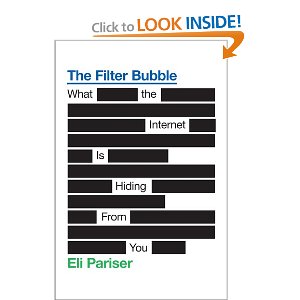 “In December 2009, Google began customizing its search results for each user. Instead of giving you the most broadly popular result, Google now tries to predict what you are most likely to click on. According to MoveOn.org board president Eli Pariser, Google’s change in policy is symptomatic of the most significant shift to take place on the Web in recent years-the rise of personalization. In this groundbreaking investigation of the new hidden Web, Pariser uncovers how this growing trend threatens to control how we consume and share information as a society-and reveals what we can do about it.” 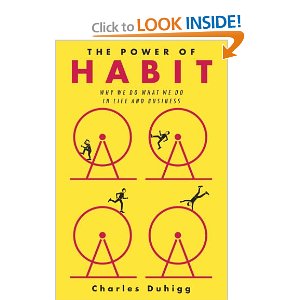 The Power of Habit: Why We Do What We Do in Life and Business, by Charles Duhigg

In The Power of Habit, award-winning New York Times business reporter Charles Duhigg takes us to the thrilling edge of scientific discoveries that explain why habits exist and how they can be changed. With penetrating intelligence and an ability to distill vast amounts of information into engrossing narratives, Duhigg brings to life a whole new understanding of human nature and its potential for transformation. Along the way we learn why some people and companies struggle to change, despite years of trying, while others seem to remake themselves overnight. As Charles Duhigg shows, by harnessing this new science, we can transform our businesses, our communities, and our lives. 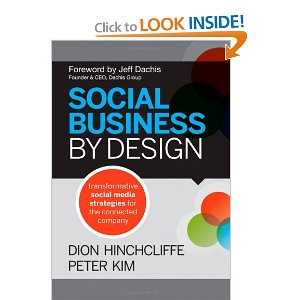 “Social Business By Design is the definitive management book on how to rethink the modern organization in the social media era. Based on their research and work through the Dachis Group, thought leaders Dion Hinchcliffe and Peter Kim deftly explore how the social, cultural, and technological trends provoked by the social media explosion are transforming the business environment. Designed as both a strategic overview and a hands-on resource, Social Business By Design clearly shows how to choose and implement a social business strategy and maximize its impact.”


“Today’s biggest trendsâ€”the mobile web, social media, real-timeâ€”have produced a new consumer landscape. The End of Business As Usual explores this complex information revolution, how it has changed the future of business, media, and culture, and what you can do about it.” 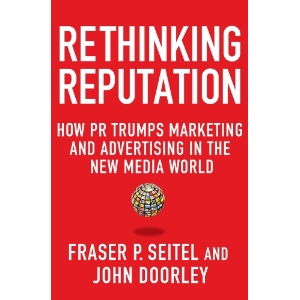 Rethinking Reputation: How PR Trumps Marketing and Advertising in the New Media World, by Fraser Seitel and John Doorley

“Good public relations is no longer just icingâ€”itâ€™s a strategic imperative more important to your competitive success than even advertising or marketing. This is true whether youâ€™re a century-old multibillion-dollar corporation or a penniless startup. In Rethinking Reputation, public relations guru Fraser Seitel and John Doorley, founder of the Academy for Communication Excellence and Leadership at Johnson & Johnson, examine a fascinating new set of case studiesâ€”including the BP oil spill and the launch of CitySlipsâ€”to glean the PR dos and donâ€™ts for the new media world, covering both standard reputation maintenance and crisis management.” 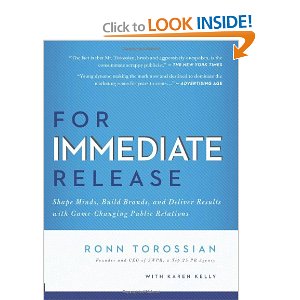 “It is essential that businesses know how to communicate quickly, often preemptively, and effectively to survive–and at a cost that is far lower than comparable marketing and ad campaigns. The first book by the owner of a top 50 PR agency (5WPR), For Immediate Release, Ronn Torossian reveals how public relations can do just that–while also defining brands; helping companies and individuals court the press or avoid it; growing business without alienating loyal customers; resolving crises quickly; and improving first page results on the most powerful search engine in the world (Google).” 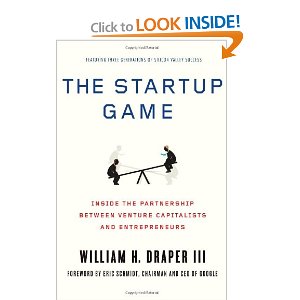 The Startup Game: Inside the Partnership between Venture Capitalists and Entrepreneurs, by William H. Draper

“Entrepreneurs drive the future, and the last several decades have been a thrilling ride of astounding, far-reaching innovation. Behind this transformative progress are also the venture capitalistsâ€”who are at once the investors, coaches and allies of the entrepreneurs. William H. Draper III knows this story first-hand, because as a venture capitalist, he helped write it. For more than 40 years, Bill Draper has worked with top entrepreneurs in fabled Silicon Valley, where todayâ€™s vision is made into tomorrowâ€™s reality. The Startup Game is the first up-close look at how the relationship between venture capitalists and entrepreneurs is critical to enhancing the success of any economy.” 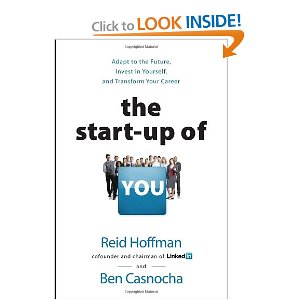 The Start-Up of YOU: Adapt to the Future, Invest in Yourself, and Transform your Career, by Reid Hoffman and Ben Casnocha

“How do you survive and thrive in this fiercely competitive economy? You need a whole new entrepreneurial mindset and skill set. Drawing on the best of Silicon Valley, The Start-Up of You helps you accelerate your career and take control of your futureâ€“no matter your profession.” 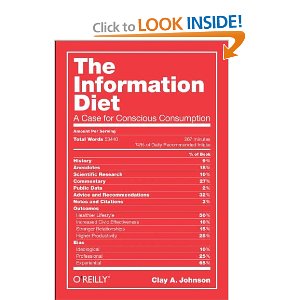 The Information Diet, by Clay Johnson

“The modern human animal spends upwards of 11 hours out of every 24 in a state of constant consumption. Not eating, but gorging on information ceaselessly spewed from the screens and speakers we hold dear. Just as we have grown morbidly obese on sugar, fat, and flourâ€”so, too, have we become gluttons for texts, instant messages, emails, RSS feeds, downloads, videos, status updates, and tweets. We’re all battling a storm of distractions, buffeted with notifications and tempted by tasty tidbits of information. And just as too much junk food can lead to obesity, too much junk information can lead to cluelessness. The Information Diet shows you how to thrive in this information glutâ€”what to look for, what to avoid, and how to be selective. In the process, author Clay Johnson explains the role information has played throughout history, and why following his prescribed diet is essential for everyone who strives to be smart, productive, and sane.” 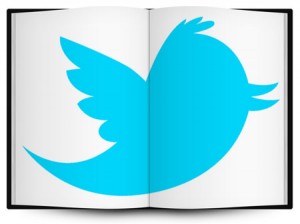 He writes: “Iâ€™ve signed a deal with Penguin/Portfolio to write a book about Twitter. Iâ€™ll keep this short as I donâ€™t want to spoil the ending. The book will chronicle the story of Twitter, from its inception to today, along with the business, societal and human aspects of the company.”