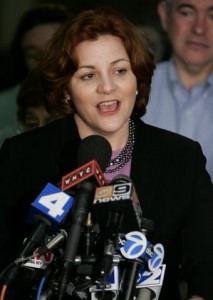 This post concerns lobbyists, or that beleaguered segment of the PR profession that prefers the moniker “public affairs specialists.”

The “public” on which this group has its sights set tends to be government legislators and regulators at the local, state and federal levels. The Obama administration has sought to tighten the rules pertaining to lobbying (i.e., shades of shady Jack Abramoff).

I personally believe that special interests have the right to have their points-of-view weighed during the regulatory and legislative processes. The question is: how can this be done in a publicly transparent and equitable manner?

Organizations like the Sunlight Foundation and Change Congress (for which this PR person has toiled) seek to expose and eliminate these backroom, money-driven deals that attempt to sway an elected or appointed official’s position on an issue. Still lobbying remains a “booming” business in Washington:

“Even though some people deplore lobbying, itâ€™s still a growth profession,” said Bill Allison, a senior fellow with the Sunlight Foundation, a Washington-based watchdog group. Law, lobbying and consulting firms have announced the hiring of at least 15 of 61 House and Senate members who left politics or were defeated in 2008.

I was therefore surprised, in this changed climate, to see such a brazen attempt by lobbyists working for the United Federation of Teachers to influence a New York City Council hearing. The New York Post headline from Thursday summed it up:

At a hearing this week, the teacher’s union lobbyists handed out to every local lawmaker cue cards with specific questions they’d like raised — that included the name of the school official to whom they should be directed:

“In an act of unbridled arrogance, lobbyists for the United Federation of Teachers took control of Monday’s council hearing on charter schools by distributing printed questions on index cards for legislators to ask of school officials.”

As the Post reported, the tactic even took long-time lobbyists by surprise:

“What’s outrageous, really, is the manipulation of the whole government process, and obviously Christine is very upset for good reason,” said one longtime lobbyist, describing the incident as an embarrassment for council Speaker Christine Quinn (pictured). “It makes the council look terrible.”

We haven’t heard the end of this.