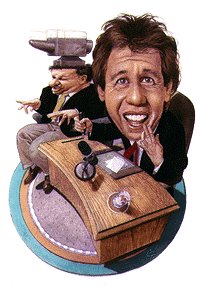 Lawyers and PR pros frequently cross paths in the course of shared client service — sometimes in harmony, other times at cross-purposes. Many lawyers believe their skills are transferable to our realm, but the opposite rarely holds true.

Yesterday’s New York Times had a telling piece in which a Hollywood lawyer performed a task that more than blurred the lines between the two professions.

It concerned Garry Shandling’s 1997 messy split with his fiancee and the ensuing efforts to preserve Mr. Shandling’s public image – as shaped by the news media. Mr. Shandling’s lawyer created a legal document that read like a script of message points for use by his ex to anticipate, and respond to journalists’ questions. (Sounds familiar.)

My advice to the lawyer: stick to what you do best.