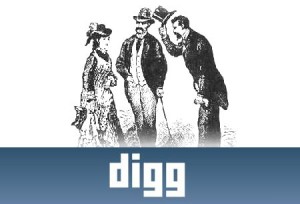 As much as I like and admire Todd Defren and Steve Rubel, I’ve been a little skeptical about the prospects for wide adoption of the so-called social media news release.

It’s not that I believe the traditional press release delivers on the promise. It doesn’t (except perhaps for those who take glee in seeing their releases carried intact on PR Newswire, Business Wire or Yahoo Finance).

It’s just that the vast majority of practitioners (and their clients) seem perfectly content having the standard news release serve as the end deliverable.

Clearly, the prospects for “success” of any news release format, including those optimized for online discovery or regurgitation, will always be determined by the quality of the news itself…plus the manner in which language and multi-media assets are deployed to bring that news to life.

The latter piece deservedly caught the attention of the digital tinkerers in our profession, and from which the social media release was born. (The issuance of spurious and poorly-written “news” copy is a harder fix.) But if we can more quickly move to inculcate the profession to the value of streamlining and digitally optimizing the news release template to not only capture a bigger online footprint, but also the attention of the mainstream news filter, we will be providing a more valuable service.

Brian Solis, whom I’ve never met, but who resides with me in the Social Media Collective, yesterday posted a very thoughtful overview of the social media release (SMR) with some useful links and a case study in Social Computing Magazine (who knew there was one?). In it he writes:

“Itâ€™s no longer a matter of if, nor when, but now a matter of practice and evolution in order to determine success and failure.”

Here’s another excerpt I found telling:

“While the SMR represents an exciting mechanism to socialize news, letâ€™s recap what the Social Media Release is notâ€¦