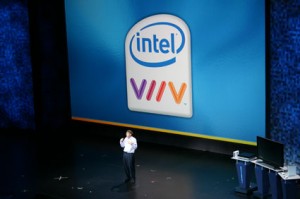 I remember first hearing the word Verizon. I thought it was some obscure add-on to my Bell-Atlantic local dialing plan. It was such a strange sounding semantic fabrication that I would never have guessed it actually heralded the next (and likely last) iteration of the New York Telephone-NYNEX-Bell-Atlantic (with GTE and MCI thrown in) branding odyssey.

This week I was reminded of that feeling when I got vord of at least three new V-brands. Intel bowed its new VIIV (rhymes with five) chip technology at CES. Then there was Verizon’s V-Cast Music, the first mobile music service based on the Windows Media Player. Earlier in the week, we heard about Vongo, Starz’s first download movie service. And of course, we can’t ignore Vista, Microsoft’s new OS, which had a big send-up by Mr. Gates, also at CES.

Let’s wish these aspiring new V-words the same visibility and vitality of predecessors Verizon and Viacom. Vonage certainly has some vim and vigor, but what happened to Voom?