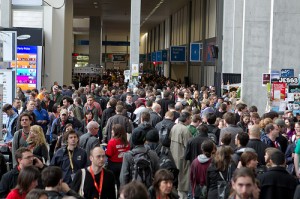 I recently had conversation with a New York tech entrepreneur about the growing ability of the top venture capital firms to drive media coverage for their portfolio companies.

He not only validated my sense that many tech and business journalists take their cues from prominent VCs, but explained that a company like Andreessen Horowitz directs its partners to reach out to “their friends in the media” when they ink a new deal. “PR is paramount there.”

I ran these observations past the founder of one of the more esteemed gadget sites at an event this week in New York. He nonchalantly said that many of the more influential reporters attend the same parties and events as the VCs, which provide a fertile ground for story leads. Nothing unusual here. This is the way it has worked for years in business, politics, entertainment and any number of industries.

Still there’s something gnawing at me about this dynamic, and specifically the advantage the better-known VCs have in gaming the startup PR game. It’s not just catalyzing and amplifying media coverage of their portfolio companies, but it’s the VC firms’ execs’ appearances as authorities in the same media coverage featuring the companies from which they stand to gain financially.

I don’t blame the VC for wanting to do all they can to propel media buzz for their investments. And frankly many VC execs have media klout in their own right through their own social channels. But I do get the heebie jeebies when journalists give the VC a platform to wax subjective about the startup, even if they do disclose the fiduciary relationship.

Could it be that a good reporter can’t find an independent expert or academic who can offer up an unbiased view of the startup’s technology that’s about to receive a moment in the media sun?

The VC’s ability to catalyze a media meme initially caught my eye a week before South by Southwest when TechCrunch founder-turned-venture capitalist Michael Arrington tweeted about a new “prioximity” app in which his firm invested. Robert Scoble picked it up from there, and Highlight became the highlight of this year’s SXSW. (Now there’s an effective anti-PR strategy for you.)

Union Square Ventures’ savvy founder Fred Wilson has used his blog and Twitter feed to tout his firm’s portfolio companies. Wouldn’t you do the same for your investments?

One can reasonably argue that the portfolios of elite VC firms like Andreessen Horowitz, Kleiner Perkins Caufield & Byers, Draper Fisher Jurvetson or Union Square Ventures actually merit the unabashed media attention they receive. But where does that leave the myriad other startups who have a meaningful story to tell, but who lack the editorial entry offered by the top VCs and a (shrinking) number of seasoned PR pros to the bandwidth-challenged group of the most influential reporters?

This imbalance may get worse as the startup economy kicks into high gear with the passage of the jobs bill and its crowdfunding component. I don’t take issue with VC firms using their “owned” spheres of influence to advance the interests of their interests. It’s only when news sites take up their cause as was the case when Lost Remote editor Cory Bergman wrote about Airtime based on its funding pedigree in a piece titled “New social video startup â€˜Airtimeâ€™ draws big names”

Or when The New York Times published a lengthy business feature on another Andreessen Horowitz-funded startup Factual, an admittedly ambitious company with a purpose and a neat back story. In it, Mr. Horowitz praised the founder of his firm’s investment:

“Gil is pretty far ahead of the rest of us, the one entrepreneur where it takes a few meetings before I really understand everything he is talking about,” says Ben Horowitz, a venture capitalist who backed Factual through his firm, Andreessen Horowitz. “Three years ago, he thought Factual was his biggest chance to change the world. Over time, the world has moved his way.”

Maybe I’m just being naive. This is the way both early-stage companies and the news stories that inflate them incubate nowadays. The VCs are the new kingmakers, and the PR professional is given relatively short shrift. Most disconcerting was a comment another entrepreneur I know recently made to me last week when we talked about PR for his latest startup:

“My board read the Mark Cuban post [mis]advising startups against hiring a PR firm. I need to convince them of the value PR will provide.”

Maybe venture capitalist Seth Levine had it right in his post “I’m Getting Sick of All the Bullshit” in which he wrote:

“Iâ€™m worried that in all the hype, in all the â€œwe launched our companyâ€ events, and â€œwe changed our name againâ€ parties, and â€œwe redid our website â€“ come celebrate!â€ shindigs, and the SXSW parties, and the hoodies, and everyone who is â€œkilling it!â€, that weâ€™re losing sight a bit of the really hard work that is creating and building a business…So by all means, lets keep having fun. But letâ€™s also remember that the goal is to build great companies. And please â€“ my fellow venture capitalists â€“ can we take it down a few notches and remember that our role is a supporting one. If you wanted to be the star you should have become an entrepreneur.”