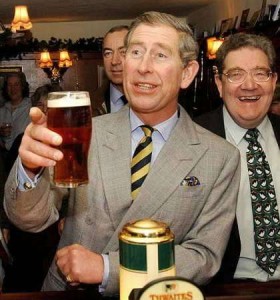 A number of years ago, our firm was retained by a Tennessee-based catalogue company called the House of Windsor Collection. The company featured merchandise that held the “Royal Warrant.” You know, “By Appointment To His” or “Her Majesty.”

What’s more, a member of the British Royal Family agreed to wax poetic on HOW’s line of products in a series of U.S. media interviews — something we later learned had never been done before by a British Royal.

Prince Michael of Kent, first cousin to the Queen, and husband of (the tempestuous) Princess Michael of Kent, visited our shores for appearances we had arranged on GMA and Larry King. Both entailed an anecdotal walk through the catalogue with HRH Prince Michael. He was a natural — properly British, unflappable, even a bit glib.

All was well in Camelot until we learned that Her Majesty the Queen caught the Larry King segment while vacationing in Bermuda. She was none too pleased, and the relationship abruptly ended.

With this long pre-amble we arrive at a little item I came across about another famous Brit making an unusual TV appearance. No, we’re not talking Heather Mills’ audition for “Desperate Housewives” on the syndicated TV tab “Extra.” We’re talking instead of the video crew HRH Prince Charles hired to capture a day in his life tending to the Royal duties.

Could it be? The future King of England making his video news release debut? Now this gives new meaning to command-and-control! The video will be posted to his website. Pretty soon, he’ll be blogging, i.e., engaging in a conversation with the commoners. While that conversation may be one-way for now, I’m still impressed by the effort. Vlog on, Chas!