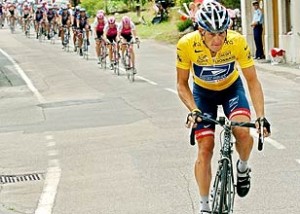 Watch for serious PR machinations from Karl Rove, or rather his lawyer, as media momentum grows for comment on his role in the Plame affair. (Sen. Schumer used his weekly presser to make the case.) Ironically, TIME magazine’s nemesis Newsweek is the first MSM outlet to put the leak squarely on his shoulders.

Just how much our nation is divided will be evident as all sides gather their forces to do battle over Justice O’Connor’s replacement. I wonder whether the court of public opinion will even have any influence over this matter.

Let’s not forget about the G8 Summit. Qadaffi quoted berating African countries for having their hands out. Pres. Bush said to stand alone when it comes to energy policy.

Also, Black Hawk down (in Afghanistan) will play on. Word is that two elite soldiers on that helicopter were found dead.

Wednesday’s the day when New York City & Co. will hear about the Olympics. As a New Yorker, I think it would be kind of cool to host the 2012 Olympics. (Many don’t, contrary to Mayor Bloomberg’s assertions .) In either case, my money is on Paris or London.

(If you’re a PR person hoping to gain media mindshare this week, be mindful of the above.)