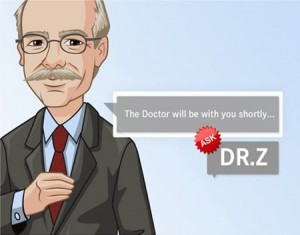 Some years ago, the PR director of a famous consumer technology company asked me to rate the likelihood of his “news” getting picked up by one of a list of top-tier media outlets, i.e., “probable,” “possible,” or “unlikely.”

I was curious why, and he said that the size of his bonus was based on the acuity of his projections, and the number of audience impressions he could generate.

In fact, that’s basically the business model still in place today for most PR operations. The more ink and airtime, the happier the client. The media placement is the “end,” as opposed to a means to the end as measured in increased sales, reputation, stock price, public opinion, etc.

Over the weekend, Bob Scoble revisited a favorite subject of his — media exclusives and the value of non-A-list bloggers to newsmakers. While he acknowledged the catalyzing effect of a Mossberg or Pogue story, he offers a worthwhile perspective that in essence urges all PR types to re-think the standard top-down mainstream media approach to big news announcements.

You may remember Mr. Scoble as the former Microsoft Geek Blogger. Today he toils for a digital content company called PodTech – a job change that itself was trumpeted by then “Z-list” vlog Beet.tv.

“The guy who actually broke my news? I didn’t talk with him at all and, in fact, didn’t know who he was before he broke the story. Total Z list (at that point).”

Mr. Scoble believes that PR people would be smart to first seed their client’s news with a range of smaller, less authoritative bloggers (a concept this Z-lister wholeheartedly endorses.)

“”If you start a PR campaign at the bottom of the stack. Yes, with Z listers, not A listers like me or Arrington or Om Malik, you’ll build a much better story. It will only take a few hours for us to figure out something important is going on anyway and you’ll get a LOT more adoption that way. Plus, the New York Times and Wall Street Journal will have better quotes (from real users, even!) and they’ll be more likely to write about you, not less (you do have a hot product that everyone will talk about, right?)”

Of course, that doesn’t change the mindset of the buyers of PR services. They all seem to want the big bang. Scoble concurs:

“…most big companies will never get this. They have to convince their bosses that their plans are correct. That means ALWAYS starting out with the A list and working down.”

It’s worse than that, Bob. Most PR pros continue to neglect weblogs in their media outreach plans to begin with, let alone distinguish between the blogosphere’s A-list and Z-list. (At least that’s this PR person’s view from the Alley, not the Valley.)