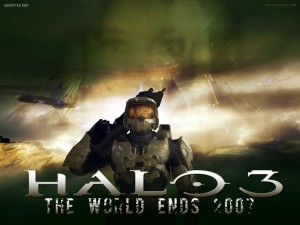 The media fam trip is nothing new. Hotels, airlines and state tourism boards commonly build free, first-class trips for certain reporters into their PR budgets. Hollywood publicists may give even the travel biz a run for its money.

Most established news organizations, however, have strict rules that forbid employees to accept freebies. Not true for a broad and growing swath of the online media universe, which happily fall prey to the allure of the quid pro quo.

After all, how do you expect some 20-something gamer to diss the company that’s treating him to first class air, an oversized hotel suite, and the jumbo shrimp bowl?

Mike Musgrove in today’s Washington Post reports on the fabulous perks the video game industry bestows upon a multitude of bloggers and other online scribes whose generous prose can often make or break a new title:

“That’s why game designers, like movie studios, have learned to lavishly court such tastemakers, the guys who write for the major blogs and magazines and play a key role in today’s big-bucks video game industry.”

Is this extreme hospitality that much different than courting bloggers with expensive new Nikon digital SLRs or hellified laptops?

“His other junkets include trips to India paid for by Microsoft and a five-day extravaganza in Las Vegas funded by Midway. There was also the shindig near his home base in Paris to promote a game in the Rayman series that included juggling lessons from circus performers.”

Many PR practitioners today ask themselves whether the rules for engaging A-list bloggers are different than those used to influence influential mainstream journalists. The answer is yes and no. It varies from industry to industry and from media outlet to media outlet.

“‘What we’re trying to accomplish with an event like this is to have the undivided attention of the important people in our industry, that cover the industry,’ said Pete Hines, vice president of marketing at Bethesda Softworks, whose Fallout 3 will be set in a version of Washington that’s been scorched by war. “There are a lot of titles out there competing for attention.

It looks like Bethesda Softworks is getting that attention: Fallout 3 is scheduled to soon grace the covers of 20 gamer magazines, largely as a result of the event.”

As the number of media outlets stratifies exponentially to suit every taste imaginable, don’t count on the proverbial three martini lunch to dry up anytime soon.