PR pros in the earned media space (i.e., publicity) are all too familiar with the inevitable appearance of factual mistakes in the stories they successfully pitched to reporters. Just as there are fallible PR pros who simply fail to grasp the machinations of the news reporting process, there are (far too) many journalists prone to getting it wrong.

I’d be surprised if the percentage of error-free stories exceeded 50%. What’s more, some reporters take umbrage at the suggestion that they correct their mistakes. One New York Post editor told a room full of PR professionals at a recent PCNY luncheon that you risk burning a bridge with him when you request that he fix an incorrect job title or the spelling of an executive’s name. Leave well enough alone, was his advice.

Then of course, there was the now debunked New York Times story that more or less accused the presumptive Democratic candidate for the U.S. Presidency of a criminal act. When the candidate’s PR consiglieres complained about the shoddy reporting, the newspaper-of-record corrected its mistakes…twice, while earning a very public rebuke by its own ombudsperson. Here’s how the letter opened to the New York Times’ Dean Baquet:

I am writing to officially register our campaign’s grave concern with the Times’ publication of an inaccurate report related to Hillary Clinton and her email use.

I’m not talking about tonality wherein the subject of the piece didn’t like the way he or she was portrayed. For that, PR reps have little wiggle room for securing a copy correction. Maybe they should instead follow Donald Trump’s lead in deploying his Twitter feed to castigate journalists who treat him badly.

Mr. Trump’s not alone. Today the PR reps at Tinder let loose a Twitter storm aimed at Vanity Fair over the way in which the glossy portrayed the hook-up app. As Bryan Logan reported in Business Insider:

“Tinder is not happy with Vanity Fair. The tech company’s PR just went on a 30+ tweet tweetstorm lambasting the magazine for a recent feature story in the September issue of Vanity Fair.” 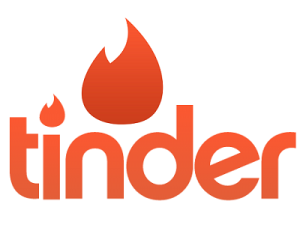 I suppose the title of the Vanity Fair piece was the give away: “Tinder and the Dawn of the “Dating Apocalypse,” but do you think Tinder doth protest too much? 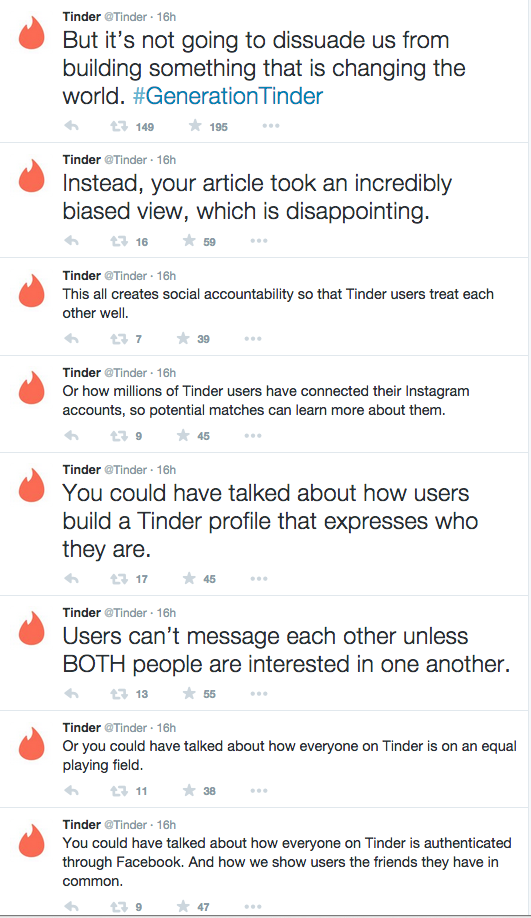 Graydon Carter and his social media-minded team at Vanity Fair  must be doing the jig. All those Tinder tweets to the app’s 51K+ followers only draws more attention (i.e., eyeballs) to a story that Tinder probably wishes hadn’t been published in the first place. But then again, there’s the Trump strategy that all news, no matter how caustic, is good news.