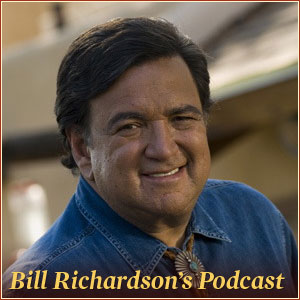 It’s no secret that the 2008 presidential campaigns will fully embrace (and experiment with) many of the latest digital tools and strategies in disparate (and desperate) ways to engage the widening swath of online denizens old enough to vote. Over the next 18 months, we’ll see many of their new media maneuverings emerge — for better or worse.

All share the same goal: to differentiate themselves (and engage their followers) through branded content that has the capacity to “go viral.” The burning question, of course, is whether one can manufacture online evangelism, especially for a “product” that lacks an existing fan base.

I mean it’s one thing for M&M’s or Starbucks to mount a social media endeavor that entices and empowers its established loyalists, but what about the relatively unknown brand…of political candidate?

I recently had lunch with Nicco Mele who played a lead role in creating the online strategy for the presidential campaign that’s widely credited with opening the digital door in politics, or at least in political fundraising. That candidate happened to start with virtually no national brand recognition, outside his home state of Vermont. His simple blog, called Blog for America, eventually climbed to the upper echelons of the fledgling blogosphere in 2003.

Flash forward to 2007, and we find the campaigns again seeking the freshest ingredients that will catalyze the voting public to take notice and action. (Somehow, a blog by itself won’t cut it.) Few, however, will disagree with the huge role digital video will play in the current campaign. A visit to Nicco’s company’s home page, produces a link and headline touting what may be “the greatest presidential ad ever.”

The irreverent video spot, posted on YouTube (how tired), features New Mexico’s Bill Richardson in a mock job interview for the nation’s top job. In viewing the spot, I’m trying to figure out whether it’s a goof or whether it’s for real. If the latter, does it have the secret sauce to “go viral.”

By linking to it, this blogger may have answered his own question. But let’s not forget the attention the awkward ad spawned from one not insignificant mainstream media outlet.