It’s hard to imagine how Mr. Trump can survive the incessant onslaught of negative media coverage until the GOP Convention in July, let alone the general election. (I imagine GOP kingmakers are currently conspiring on how to blackmail their controversial candidate to bow out of the race and begrudgingly endorse a Ryan or Romney in Cleveland.) 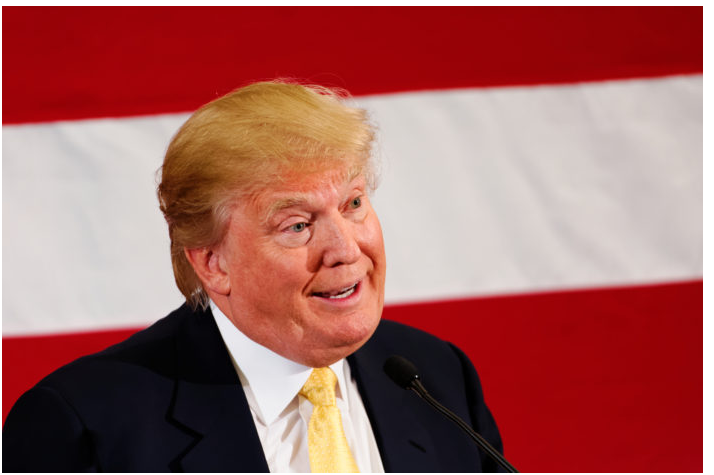 The latest broadside erupted in a special report on the home page of today’s New York Times and strikes at the heart of the “supposed billionaire’s” primary appeal. Its title: “How Trump Made Millions from Casinos That Failed.”

This piece followed last week’s USA Today special report titled: “Hundreds Allege Donald Trump Doesn’t Pay Bills,” which coincided with the ongoing fraud allegations at Trump University, the GOP candidate’s racist rant against a sitting judge, and so on and so forth. (How many skeletons does this man have in his closet? 3500?)

I just can’t fathom how the age-old PR axiom that “all news is good news as long as the subject’s name is spelled right” will ring true in the case of Donald J. Trump. This non-stop media barrage will surely take its toll, if it hasn’t already.

did I mention June’s been a disaster for Trump? pic.twitter.com/2AE71UBJWq

With that as a backdrop, I wanted to address a much more insidious subject percolating around the (increasingly less) presumptive GOP candidate: his lying. The Times’s Tim Egan explores the subject in an op-ed this week titled “Lord of the Lies” in which he wrote:

“Professional truth-seekers have never seen anything like Trump, surely the most compulsive liar to seek high office. To date, the nonpartisan PolitiFact has rated 76 percent of his statements lies — 57 percent false or mostly false, and another 19 percent “Pants on Fire” fabrications. Only 2 percent — 2 percent! — of his assertions were rated true, and another 6 percent mostly true.”

Now all candidates lie or at a minimum deploy “poetic license” to make their points. But I think that Mr. Trump’s pervasive lying is both unintentional and, more dangerously, intentional. Unintentional in that he simply is uninformed on the issues and makes shit up on the fly, and crafted intentionally (by his PR consiglieres) to both garner headlines and sway public opinion.

What scares me most about Mr. Trump’s purposely fabricated lies is how widespread we’re seeing this practice in countries like China and Russia where the governments arm and deploy thousands of people to spread knowingly false information. In a Guardian expose titled “Salutin’ Putin: inside a Russian troll house:”

“Former workers tell how hundreds of bloggers are paid to flood forums and social networks at home and abroad with anti-western and pro-Kremlin comments.”

As for the Chinese, a recent Harvard study revealed, and PBS NewsHour reported how:

But back to Trump.  This week, we caught a glimpse of a disturbing photograph of a “female Trump supporter” supposedly bloodied at the hands of “liberal anti-Trump activists.”  It was spread far and wide by Trump supporters on Facebook and elsewhere.

It took the star of a TV horror series Bruce Campbell to identify the photo for what it really was:

Check your facts, folks. This is an actress named Samara Weaving from #AshVsEvilDead. This is a make-up test. Sad. https://t.co/JAAM8VWry6

We have long assumed that lies told on the campaign trail don’t necessarily equate to lies told once the candidate takes office. He or she is too beholden to too many checks and balances for that to happen.

Yet, media fragmentation and the commensurate dilution of journalism’s historic check to power, along with the easy ability to activate hundreds if not thousands of social savvy (and like-minded) citizens to spread government disinformation through user-generated content, should set off alarm bells. It may work for China or Russia, but it will invariably create an irrevocable horror story if allowed to go unchecked here.