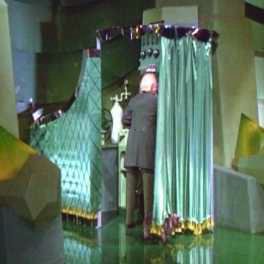 One of my sons is an elite high school athlete. I recently noticed an unsupported negative comment about his play on one of the popular discussion boards for his sport.

I decided to analyze this anonymous person’s posting history, and determined that it emanated from a father of a player on a rival team. It wasn’t the first time this person denigrated my son (or touted his own son) anonymously. (Shades of that cheerleader’s Mom?)

Now Michael Arrington and others would have you believe that it’s OK for the crowd to anonymously spew negativity. After all, the atomization of media and its desensitizing effect on a scandal-wary public may not produce the deleterious impact on reputation that it once did. Then there’s the increasingly outmoded notion that the Internet has an inherent capacity to self-correct.

To be honest, I know many in the PR and marketing professions who would be happy to astroturf their clients’ products, services and POVs into the hearts and minds of online audiences. I’m not one of them. I think it’s imperative to identify the source of the content that we as a profession produce and syndicate. The same goes for marketing videos posted to YouTube and advocacy groups whose buoyant-sounding names mask the identities of their funders.

The trend toward anonymity speaks to the broader issue of how to establish reader trust without demanding a full reveal of those contributing. This is especially valid for consumer-facing sites like Yelp, Amazon, Wikipedia and now, a new, much buzzed-about site called Unvarnished that lets anyone say anything about anyone else anonymously.

We already know about Formspring.me, the site that channeled those malicious and anonymous posts that led to a L.I. high school girl’s recent suicide. 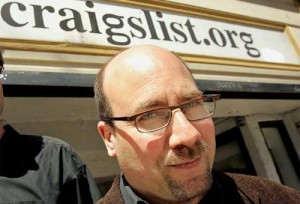 I admit that by requiring one’s identity, some will be discouraged to share their unvarnished opinions. So what are the alternatives? How can review sites build reader trust without compromising their integrity?

Craig Newmark today addresses this issue with an insightful post titled “Trust and reputation systems: redistributing power and influence” in which he writes:

“We already see various forms of reputation and recommendation systems evolve, often with mixtures of pre-selected experts or professionals. Amazon and Consumer Reports Online do a good job of this.”

He goes on to say:

“We need to be able to move around the currency of trust, whatever that turns out to be, like we move money from one bank to another. That suggests the need for interchange standards, and ethical standards that require the release of that information when requested. Perhaps there’s a need for new law in this area.”

Consumers will continue to look to Amazon, Consumer Reports and others to innovate in their efforts to thwart self-serving, untrustworthy or tainted content. By so doing, they will earn their esteem (and business). Newmark writes:

“How do we trust the custodians of trustworthiness? We need to have some confidence that they’re not fiddling the ratings, that they’re reasonably secure. After all, trust and reputation are really valuable assets.”

As for the PR industry, which is frequently charged with the creation and dissemination of original content, it’s a slippery and dangerous slope to do so anonymously or pseudonymously.