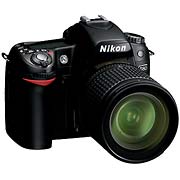 The explosion in the number of syndicated content producers (i.e., bloggers) has created havoc in the regulatory environment, and specifically at the FTC, which oversees truth in advertising. So much so that the Commission is now weighing new regulations that would restrict what bloggers say about the products and services they receive as (quid pro quo) inducements from WOM marketers.

“The guides needed to be updated to address not only the changes in technology, but the consequences of new marketing practices,” said Richard Cleland, assistant director for the FTC’s division of advertising practices. ” Word-of-mouth marketing is not exempt from the laws of truthful advertising.”

Who’ll forget all those “influential” bloggers who received spiffy new Nikon digital SLRs to tool with and talk about. (Come to think of it, I can’t recall any of them spilling a negative word about their gifts from the early adopter gadget Gods.) Could this be what the FTC fuss is all about?

“Regulating these developing media too soon may have a chilling effect on blogs and other forms of viral marketing, as bloggers and other viral marketers will be discouraged from publishing content for fear of being held liable for any potentially misleading claim,” Richard O’Brien, vice president of the American Association of Advertising Agencies, said in an advisory to the FTC.

These surely are murky waters. The FTC’s intent is admirable: to protect consumers from “pay-for-play” product endorsers, e.g.,

“If a blogger received a free sample of skin lotion and then incorrectly claimed the product cured eczema, the FTC could sue the company for making false or unsubstantiated statements. The blogger could be sued for making false representations.”

On the other hand, since when is the blogosphere (an admittedly fertile ground for insidious come-ons from online marketers) considered an advertising (versus editorial) channel? We should keep an eye on this developing story.

Thanks to Converseon‘s Rob Key, a WOMMA member, for keying me in to this.