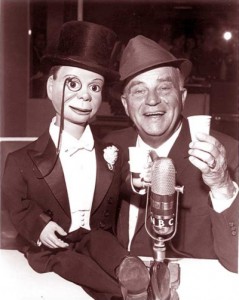 Sure it was dumb. And yes, the firm, and the industry in which it prominently resides, have paid a heavy toll for this unfortunate transgression. I’m talking of course about the recent firestorm generated by two former journalists, new to agency life, who email-pitched an influential writer to pen an opinion piece on behalf of an unnamed client.

In so doing, the two (unknowingly?) breached their firm and its founder’s longstanding ethical guidelines. Still, the real transgression may have occurred when the firm agreed to execute this clandestine assignment, blinded by the allure of an irresistible new and most notable client.

As an alumnus of this global agency, I tweeted at the time that I believed this gaffe was an agency aberration, not the standard practice. And I’m sure the high profile nature of the client disproportionately exacerbated the unwelcome media spotlight on an industry that in recent years has actively advocated the virtues of corporate transparency….at least in public. Privately, I’m not so sure.

When CNN called me for a comment on the aforementioned imbroglio, I did opine that many big-named PR firms continue to serve up other insidious practices that put them at even greater risk for unwanted media and public criticism. Most involve setting up or enlisting third-party organizations to advocate on behalf of client issues, with the client secretly footing the bill. Then there’s the use of manufactured language that purposely distorts the truth.

One theory that emerged from this recent mess paints a doomsday scenario of a shrinking news industry and ascendent PR industry, and the societal consequences such an imbalance portends. Here’s what one of the (conveniently unnamed) writers for The Economist wrote last week in an article trenchantly titled “Slime-slinging: Flacks vastly outnumber hacks these days. Caveat lector:”

“The incident shows how the upheaval in the news business is working for, and against, the PR firms. Newspapers and other old media are losing influenceâ€”and thus becoming less worth lobbying. But job cuts and online obligations mean journalists are also more desperate for copy, making them a softer touch.”

Mark Story, a DC-based social media consultant and adjunct professor who has an MBA and a degree in Spanish, weighed in on this meme via his Posterous page with a thoughtful post titled “Journalism Vacuum Filled by PR Professionals, or Spin Doctors?” In it, he disagrees with CJR/ProPublica’s recent caustic contention that PR people are unduly influencing the public dialogue left by a waning fourth estate. In the CJR piece, the author wrote:

“An investigative reporter for The New York Times, Barstow has written several big stories about the shoving match between the media and public relations in what eventually becomes the national dialogue. As the crowd at the hearing clearly showed, the game has been changing. “The muscles of journalism are weakening and the muscles of public relations are bulking up — as if they were on steroids,” he says.”

Mr. Story concluded his piece with three caveats to consider when assessing whether PR pros are as insidious as many journalists like to paint them out to be:

In my experience, journalism’s ranks are not shrinking, but instead exploding if one considers the number of “media” outlets that exist today. Sure, the big-branded mainstream outlets suffer growing (I mean shrinking) pains, but that’s not to say that PR has filled the void. Rather, I’d contend that any individual with an expertise, a keyboard, and a Posterous, Tumbler, Twitter, Facebook or WordPress account, have enriched the media landscape.

I have observed one distinct bi-product of a rapidly growing PR industry: the increasing difficulty PR pros have in breaking through the competitive din to convince beleaguered journalists of the editorial merit of their clients’ products, services or POV. There’s simply too much misguided fluff out there – even with significantly more outlets to engage.

As for the future of the PR industry, it is clearly primed for more negative scrutiny until the day arrives when transparency is not just a buzzword, but a universally accepted practice. Same goes for privately-funded political advertising.