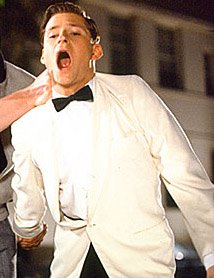 Now here’s a novel PR strategy: proclaim that you slept with Lindsay Lohan to draw attention to your band’s soon-to-be-released music CD.

That’s just what Ms. Lohan’s publicist Leslie Sloan alleges, according to the lead item in the inimitable Jeannette Walls’ “The Scoop” column today on MSNBC.com. Harry Judd of the band McFly describes in a track on the new CD how he was seduced by Ms. Lohan following a night out clubbing.

If only Ms. Lohan’s publicist had recognized that her denial of her client’s tryst would make bigger news than the acknowledgement thereof…given how prolific the actress has become in such relational matters.

“‘Heâ€™s using these lies for publicity,’ Lohanâ€™s rep, Leslie Sloane, tells the Scoop. ‘Itâ€™s convenient how heâ€™s making up these stories when he has an album coming out.'”

Personally, I think there’s some validity to the claim and that after (yet another) night out partying, this particular liaison probably just slipped Ms. Lohan’s mind.