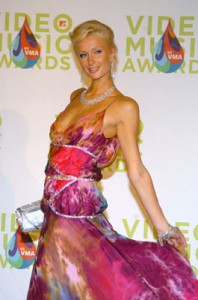 Filed this under the headline: all publicity is good publicity. YouTube today will unveil its much-anticipated business strategy to monetize the video site’s 16 million uniques (who visited in July).

Michelle Quinn, writing in the Merc-News , provides a glimpse of the ad-driven revenue model wherein an advertiser can post (for an as-yet undisclosed fee) its “participatory video ad” on the site’s home page. Viewers will be encouraged to comment. Advertisers also can create their own special content areas in “themed channels.”

YouTube’s CEO and co-founder Chad Hurley had this to say: “This is a first. It really allows advertisers to kick start a viral campaign.”

Now we all know about the consumer wrath that occurred following some advertisers’ attempts to kick start a viral campaign. (Think GM.) One example cited in YouTube’s new ad paradigm revolved around a movie trailer posted by the Weinstein Co.:

“Ten days ago, YouTube began testing the participatory video ad concept with a video ad for the current feature film ‘Pulse,’ by the Weinstein Co. As of Monday, the video had been viewed 904,898 times with 838 comments, mostly positive. One from community member CheFuser was less breathless: ‘Any movie that cannot make the 90-minute mark has to be CHEAP! Don’t see it!'”

So what if the participatory commercial ad really stinks?

“It is all part of the YouTube experience, and Hurley says advertisers are ready for it. ‘The advertising community embraces the idea of feedback. Like anyone else within the system, they have the ability to moderate comments so they don’t get out of control.'”

Ahhh. There’s the rub! The ad community may embrace the idea of feedback, but I wonder how the other side of the marketing aisle, e.g., the PR community, will react. Not to worry message managers. The comments will be “moderated.” Translation: truly objectionable fare will wind up on the cutting room floor.

Today’s announcement should get a big send-off. YouTube’s PR consiglieres hired America’s favorite role model Paris Hilton to promote her new Warner Music album (and her well-worn bed?) as the post-Beta media-generator (399 comments already). I wonder if she has waived her customary appearance fee?