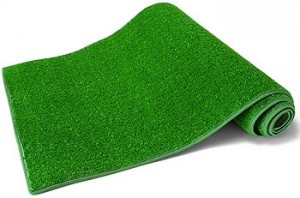 A number of years ago, I found myself as the sole PR pro on a Center for Communication panel titled “PR Nation.” The red flags should have gone up the moment I learned the names of my fellow panelists: Rhoda Karpatkin, then president of the Consumers Union, Randall Rothenberg, advertising pundit and then a columnist for Esquire, and moderator Stewart Ewen, who just published a decidedly anti-PR book called The Social History of Spin.

I knew Randy and had met Mr. Ewen, but always wanted to meet Ms. Karpatkin, a consumer advocacy legend for whom I had great admiration. (It’s been a dream of mine to work for CU and its seminal magazine Consumer Reports.) Anyway, before the panel started, I approached Ms. Karpatkin to introduce myself. As soon as I mentioned my agency affiliation, she shot me a glinty look and made some snide comment. (I can’t recall whether her hand recoiled when I extended mine.)

It seems that several years earlier, a DC operative for my firm ingenuously contacted Consumer Reports posing as a member of a “consumer organization” created expressly to advocate for a client on a particular issue. The ruse was discovered at the magazine and our firm’s fate was sealed.

I recognized then, as I do now, that the practice known as “astroturfing” is perhaps our industry’s biggest Achilles heel and one whose growth will stymie any efforts to build industry credibility and esteem in an age where transparent communications has established strong roots for growth.

My PR friend down under Paull Young dropped me a note over the weekend to alert me to an important new movement he and fellow blogger Trevor Cook started to draw attention and put an end to the insidious practice of astroturfing. (Even the anti-PR PR Watch took notice.)

Astroturfing’s tentacles have spread far and wide. The practice doesn’t just include organizations like The Discovery Institute, a front group created to introduce religion in schools. The Times just ran an expose on House Majority Leader John Boehner and his buoyant-sounding PAC “The Freedom Project,” which is used to solicit corporate freebies and bolster his coffers.

In exposing astroturfing for what it is, we should be careful not to undermine the legitimate practice of “grassroots” or “grasstops” constituency-building whereby individuals and groups have a right to organize to create legislative change or simply draw attention to an issue. However, when our industry advises clients to create one-step-removed advocacy groups (with noble-sounding names), we are susceptible to (and deserved of) any criticism that befalls us. I hope Paull and Trevor’s new campaign blossoms big time.