I was among the first New Yorkers to sign up for Uber back in May 2011 when the premium on-call taxi service announced its Big Apple debut at the New York Tech Meetup. I must admit that I didn’t take my first ride until a couple of years later when my college-aged son ordered one on a rainy night following a family dinner. By this time, the $25 credit I garnered at the NYTM had expired and surge pricing had just reared its ugly head.

Few will argue with the sheer utility and convenience that Uber offers its well-heeled user base. In New York City, for example, you’d be hard-pressed to find anyone who hasn’t been stranded in a strange neighborhood at 2 in the morning praying that a yellow cab with its top light lit might somehow appear. This summer Uber even sent its best drivers to the Hamptons to capitalize on the East End’s youthful movers & shakers. 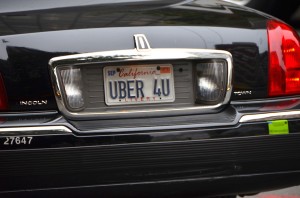 By adding some digital assistance (via an iOS and Android app) to summon cars at will, Uber has democratized the traditional corporate “car service.” Now anyone can have a personal car service. Simple idea. First-mover status. Roundly embraced by the digital elite in the Valley, Alley and elsewhere to such a degree that the company soon became a metaphor for other startups building “the Uber of this or that.”

Yet, with all of Uber’s success, i.e., the car service is now available in 42 countries and has a $17 billion valuation, there was something sinister about the company. The first hints of its evilness surfaced at the time of the aforementioned “surge pricing” scheme. It seems that when Uber users needed the service most, i.e., in bad weather, on holidays, etc., the company insidiouslyÂ doubled or tripled its fares.

Just this week, SFist via Valleywag reported that attendees of the Outside Lands Festival in San Francisco were charged anywhere from $390-470 for an in-city trip. Company CEO Travis Kalanick onceÂ explained that surge pricing was necessary to ensure a sufficient number of drivers were available during busy times.

“We did more trips because of our approach, not fewer,” Kalanick says. â€œWe gave people more options to get around, and that is the whole frickinâ€™ goal.”

Yet, many suspect that the unpopular policy is more random than at first blush. Last month it was compelled to adjust its exploitive policy.

Secondly, the company, born in the counter-culture of Silicon Valley, purports to be a service for everyman. Yet given its pricing structure, it’s quite apparent that Uber is a luxury service for those with ample means or a corporate expense account.

OK: David Sacks, @parislemon, and @msquinn donâ€™t have cars, and go all Uber. Anyone else? We have enough for a trend, but more the merrier

“Kalanick compares the pricey SUV â€” Uberâ€™s most expensive option no matter the weather â€” to a Louis Vuitton handbag: Itâ€™s a luxury good. And no one calls it gouging, he says, when the price of that handbag goes up. More importantly, he says, higher prices ensure the company can live up to what he says is Uberâ€™s core value: reliability. The idea is that, if you want a ride and can pay, youâ€™ll get one.”

Uber’s latest funding round pulled in $1.2 billion from some deep-pocketed investment firms. However, it was the company’s earliest investors who drove and continue to drive much of the hype:

“[First Round Capital’s Chris] Fralic attended an event called Open Angel Forum in San Francisco. The forum was set up by investor and entrepreneur Jason Calacanis; Chris Sacca and Digg’s Kevin Rose were its “chapter heads.” Current Uber CEO Travis Kalanick went on stage and pitched the room of investors. Ryan Graves was Uber’s CEO at the time and Kalanick served as a “mega advisor.” Calacanis announced that he’d be investing in Uber; Chris Sacca’s fund, Lowercase Capital, invested too. Then, Fralic’s hand shot up. “I’m in for $500,000!” First Round Capital’s Chris Fralic announced.

Finally, we learn from CNN Money’s Laurie Segal and her producer Erica Fink that the company has some very sharp, if not unethical elbows when it comes to competitors. In her piece “Uber’s Dirty Tricks Quantified,”Lyft, a competitor, provided data that:

“…shows that Uber employees have ordered and canceled more than 5,000 Lyft rides since last October.”

These allegations are on top of previous assertions that Uber was poaching Lyft’s drivers, which necessitated an apology from the company. On top of that, Uber temporarilyÂ lowered its prices to give medallion-owning taxi drivers agida.

As a veteran of the cola, sneaker and burger wars, I for one certainly understand and appreciate the need to aggressively compete in the marketplace. I’ll never forget how Pepsi International’s CEO, on the heels of Coca Cola’s “New Coke” launch debacle, instructed his global marketing chiefs to hold news conferences in their respective regions to “launch’…New Coke. It included a tasting of New Coke and footage shown of U.S. consumers dumping it in the river.

It’s one thing to be irreverent, fun and buzzworthy to take down a competitor, and another to be just plain nasty. Uber does not seem to have a “do no evil” corporate motto. The company and its investors are in it to win, with seemingly little regard for the toll its aggressive practices mightÂ take on its reputation. Let’s just hope that Mr. Kalanick doesn’t suffer the same fate as another hubristic founder of a once high-flying, first-moving start-up.

FWIW, my #3 son has succumbed toÂ the hype that UberX is still cheaper than a NYC taxi…for the time being.