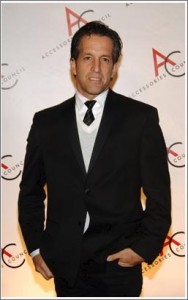 The Twitterstream is in an uproar today over a tweet from the once-famous designer shoemaker who married the new New York Governor’s sister and now has a famous fashion empire. Here’s the tweet that set Twitter tongues-a-waggin:

@KennethCole Millions are in uproar in #Cairo. Rumor is they heard our new spring collection is now available online at http://bit.ly/KCairo -KC

These 140 characters not only turned the Twittersphere against this famous person and brand, but it spawned the birth of the @BPGlobalPR-inspired Twitter persona @KennethColePR, with its 650+ followers (and rising with a bullet). Here are some of the choice tweets emanating from the faux Cole feed:

@KennethColePR Ben Roethlisberger would force himself on OUR spring looks! #KennethColeTweets
4 minutes ago Favorite Retweet Reply

@KennethColePR Those Long Island dumpster women must have been wearing our spring collection. Killer looks! #KennethColeTweets
6 minutes ago

@KennethColePR Locked in Charlie Sheen’s closet? Tweet how many pairs of Coles he has! #KennethColeTweets
16 minutes ago

@KennethColePR Our Tucson store is locked and loaded with Spring looks!
#KennethColeTweets

In an age when even the most egregious headline-making behaviors can help boost awareness and careers, some things are better left alone. Tying one’s marketing to the historic and deadly events unfolding in Egypt is one of them. Look for a huge apology from Kenneth Cole himself (if he’s smart).