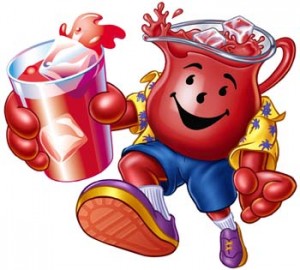 Hasn’t the mainstream media learned its lesson? Didn’t the unquestioned pronouncements that led to this failed administration give practicing journalists sufficient reason to say enough is enough?

Jay Rosen tweets us to a post on The Atlantic’s Daily Dish blog:

What the Palin-McCain campaign wants is all give and no take: an indirect propaganda filter and the outrageous precedent of no press conferences in presidential campaigns. This is an assault on democracy. It is closer to Russian or Georgian democracy than American. If cable news continues to enable this chilling process, they will become complicit.

In dealing with the media filter, the last thing a PR person needs to transmit is a sense that he or she can somehow control the editorial tenor or content of a journalist’s story. The most we can hope for is fairness and balance by a strong, self-assured media. Also, journalists are known to bristle at the thought of being manipulated (or directed) in any way.

I’ll always remember a story from an old industry friend about a client with a dishonest employee who stole the client’s water filtration product and proceeded to improperly install it in hundreds of homes, pocketing the fees. The client, fearing a potential lawsuit, felt obligated to get the word out to those affected, but in reality, preferred if the story never appeared.

My friend drafted a news release and sent it to The AP. He then instructed his staff to repeatedly call The AP to “follow-up” to see if the release had arrived and ask when the news organization might run it. The grizzled AP city editor took exception to the pushy and presumptive PR people and told them to take a hike (but not in those words). The story never moved and the crisis never manifested.

While the manipulation of the media by the RNC (Rove Negative Comms) team differs from my friend’s AP tale, they both elucidate on the MSM’s reaction when confronted with spin. One told the pushy PR people to get lost. The other continues to gulp the unfiltered Kool-Aid. Shame.