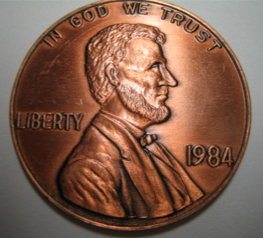 Slate’s media critic Jack Shafer opined yesterday on Unspeak, the new book by Stephen Poole that deconstructs the art of framing the issue to advance an agenda (political or otherwise).

In the book, the author looks at “How Words Become Weapons, How Weapons Become a Message, and How That Message Becomes Reality,” or so says the book’s subtitle. Think “pro-choice” versus “pro-life,” “inheritance tax,” “insurgents,” or any of those friendly-sounding NGOs.

The art of unspeak is different from the Orwellian concepts of “newspeak” and “doublethink” according to Poole.

“‘…Unspeak does not say one thing while meaning another. It says one thing while really meaning that one thing,’ and the confusion unspeak generates is almost always calculated and deliberate.”

All of this begs the question for PR professionals, or anyone in a position to advocate on behalf of a client cause or issue. Is the art of the unspeak a PR skill to be admired or one to be challenged on its ethics? After all, as Poole asserts, unspeak does aptly, if not overtly, capture the true meaning of the message. Is it wrong or disingenuous to “frame” a message in more evocative terms to enhance its overall impact?

Last week, I read Frank Rich’s book The Greatest Story Ever Sold , which assiduously recounts the episodes of unspeak and doublethink that pervade the Bush Administration’s efforts to advance its political, social and military agendas.

In my mind, this is NOT how PR should be practiced, even before the emergence of the citizen journalist’s ability to instantly expose these obfuscative tactics. Sadly, many in our profession look up to this brand of advocacy…on the sole basis of its effectiveness.

Shafer concludes by laying down the gauntlet to journalists:

“As the channel through which politicians, activists, and corporations market their words, reporters are usually the first recipients of new examples of unspeak. Monitoring how they say what they say is as important as reporting precisely what they say.”

From the perspective of PR practitioners, e.g., those typically accused of creating unspeak, PRSA or some other industry organization should also lay down the gauntlet…to distance the industry from the Beltway spinmeisters who have increasingly tainted the profession. Honest advocacy does not have to be an oxymoron.