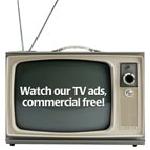 The aspirationally named Center for Media & Democracy, which fronts for the PR industry’s self-anointed watchdog, PR Watch, has apparently succeeded in getting the FCC to take a look at the VNR industry. This, of course, follows the Congressional hearings that took place a year or so ago.

You may remember the organization’s study that showed how dozens of local TV news operations used institutionally-produced footage during their newscasts — B-roll likely — without properly attributing the source of the footage. It was my contention at the time the study broke, as it is now, that the PR industry — in spite of the Center’s belief otherwise — has more than satisfied its full-disclosure obligations by identifying who’s paid for the satellite or hard copy-delivered video news footage.

I was amused by today’s coverage wherein the FCC described the footage as “video ads” as opposed to “news footage.” Geesh, if this is the work of an advertising agency, I’d say it’s time for an agency review. The content in question is typically raw footage with straight cuts (no dissolves, wipes, etc.) no music, voice-overs or chyrons, and pretty much without any stylistic embellishments that will render it unusable in a news segment. VNR’s, which are fully cut scripted news packages, are rarely if ever used nowadays.

Nonetheless, I agree with the Center in calling for TV news producers to be more diligent in identifying (and slating) the source for the video. Again, like the text-driven news release, the PR industry has fulfilled its end of the ethical equation by offering (hopefully) newsworthy and clearly identifiable news content tailored to the medium.