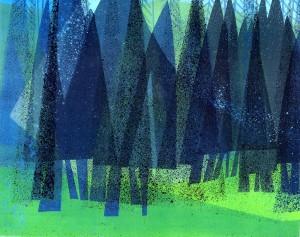 Now that the environment has returned to the front burner of the nation’s political (and public) agendas, I wonder whether Earth Day 2007 will regain some of its former glory?

The first Earth Day, of course, was held on April 22, 1970, and is recognized as the beginning of the modern environmental movement. “Over 20 million people participated in what now observed each year by more than 500 million people and national governments in 175 countries.”

In recent years, however, Earth Day has lost some of its resonance (at least here in the U.S.). Enter the first of the two would-be Presidents with an inconvenient truth, and suddenly, people and politicians are talking.

Of course, Mr. Gore did not drive solo on this consciousness-raising endeavor. As this blog has opined, environmental NGOs have grown more sophisticated in their use of PR and social media tools, which have contributed toward a more consummate and hopefully sustainable revival.

Naturally, social media has a role in this year’s Earth Day. My friend and sometimes collaborator Rob Key, CEO of Converseon, has partnered with the John Denver-founded “Plant-It 2020” to debut a virtual-to-physical environmental initiative via Second Life called “Second Life Second Chance Tree Project.” (As someone who actually participated in the first Earth Day, I’m doing my part on this project.)

For about one U.S. dollar (300 lindens), visitors can purchase and plant one of 10 species of trees on an island in the virtual community. This, in turn, will trigger Plant-It 2020 to plant the same species of that tree in an endangered rainforest to which the tree is indigenous. Of course, you need to have a Second Life account to begin planting.

Rob is convinced that social media, with its ability to connect individuals and generate discourse and ideas, can create community and solutions that transcend politics, parties, etc. His firm intends to introduce a Good Works sub-domain on his social media communication company’s website .

PR blogger Joel Cere drew my attention last week to a post by Ogilvy London’s Giles Rhys Jones waxing about another Second Life environmental initiative. His agency (and its presumed client Adventure Ecology) has virtually flooded some Second Life property to draw attention to the danger of rising water tables. He writes: “Weâ€™re hoping that this sense of empowerment will be reflected when the second life citizens move from the virtual to the real world.”

Then there’s an organization called the Avatar Action Center, which is seeking funds to “build bridges between virtual worlds and the real one by educating people in virtual life about real world sustainability issues with the goal of encouraging them to take action in both worlds.”

As virtual populations grow, so do the prospects for more virtual-to-physical endeavors such as those cited above. In fact, a recent study conducted by the USC–Annenberg School Centre for the Digital Future found that 43 per cent of those who are part of a virtual community said that they felt as strongly about this society as they do about the physical world of which they are a part.

As for Earth Day 2007, we’ll witness the usual programs and pronouncements, but be prepared for some newer tools being deployed for the cause. At a minimum, it’s refreshing to see a new generation (finally) embracing a cause that seemed dead as recently as last year.