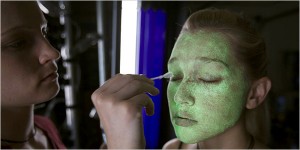 The last time this blogger visited the subject of embargoed stories, it concerned the wallpapered coming-out party for a digital effects company called Contour (pictured). That company’s technology was the subject of gushing feature profiles in The Merc News, Wall Street Journal and The New York Times, among others — all on the same day.

I later learned that my buddy and sometimes collaborator, the indefatigable and ubiquitous Eric Schwartzman, played a role in orchestrating the trifecta. But let’s not minimize the gee whiz factor of his client’s technology, which gave vital resonance to his PR pitch.

Technology PR, and in particular consumer technology, are especially well-defined and robust journalism beats — both of the mainstream and citizen variety. (Is there a difference?) The rules of media relations in this reporting area offer publicists greater latitude in defining the terms of engagement. I’m reminded of the iPhone video that Times’ gadget guy David Pogue produced and starred in, or his remarks at the Bulldog Conference several months ago.

Today we’re greeted with another embargoed trifecta — emanating, as usual, from the Valley with backing from some notable VC firms. The result: concurrent stories on (yet another) VOD in-home box called Vudu. (Yes, more V-words.) The Vudu coverage all appared today in the nation’s three largest daily circulation newspapers – The Journal, USA Today and The Times. Thanks, Rafat, for all three links in one easy-to-read post.

No need to dangle an exclusive here. Apparently, Vudu had enough mojo going for it to warrant even Giga Om Malik’s shared attention. Notice his 9:53pm PT dateline? It coincides roughly to when the story popped on the big three newspapers’ websites. Coincidence? Nah.